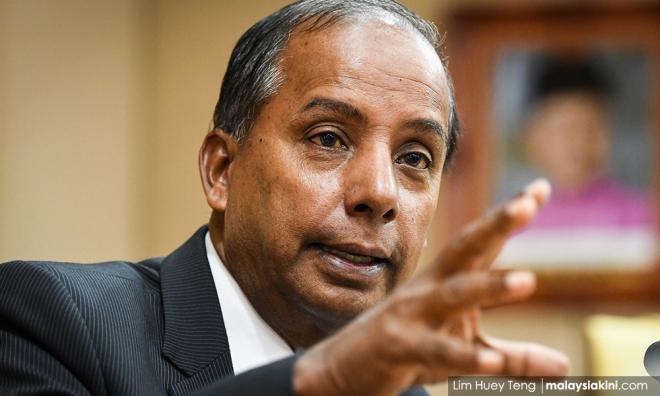 "My party, DAP, has been smeared yet again with similar allegations just as a by-election draws near," he said in a statement tonight.

Nominations for the Tanjung Piai by-election is three weeks from now on Nov 2, with polling day on Nov 16.

Tanjung Piai was traditionally a DAP seat but was contested by Bersatu in last year's general election. The by-election is expected to be a tough fight as the seat was won with just a 524-vote majority.

Kulasegaran, who is also human resources minister, denied allegations that he is linked to the LTTE and called on police to investigate such fake news.

"Bukit Aman has taken action against the spread of fake news and must do so here as well," he said.

He added that if there was credible evidence against Saminathan and Gunasekaran, they should be charged in court without delay.

At present, the duo is being held under the Security Offences (Special Measures) Act (Sosma) which allows for 28 days of detention without trial.

Kulasegaran met with the families of the two assemblypersons today and told them the party was doing its best to get them out of detention as soon as possible.

Kulasegaran has been tasked by DAP with liaising with the authorities, legislators and family members in regards to the LTTE issue.