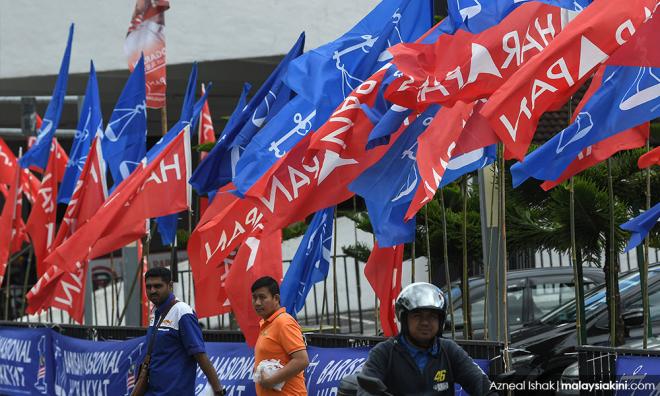 Why we must defend the Pakatan Harapan government

COMMENT | Let us be honest here. The Tanjung Piai by-election is not going to be easy for Pakatan Harapan.

Yet, it is important for us Malaysians to defend the Harapan Government from being destroyed by some irresponsible forces weaponising race for politics, which would tear our society apart.

The opposition, namely the PAS-Umno alliance, has no serious ideas or plans for the people, except to harp on extreme racial and religious anxieties. They are not interested to compete with the government on the public policy front.

For example, Budget 2020 has shown that it will not only stimulate the economy but also create jobs and improve well-being.

However, the PAS-Umno alliance has no policy thinking. They can’t even produce a simple alternative budget. They made no effort at all to debate public policy rationally.

This race-based alliance, also backed by MCA and MIC, is using race and religion as political weapons against the government.

Among the Malays, the PAS-Umno alliance perpetuates the myth that the DAP, especially Lim Guan Eng (above, right) and Lim Kit Siang (above, left), controls and subjugates the government. For the non-Malays, MCA and MIC propagate that DAP is controlled by Prime Minister Dr Mahathir Mohamad, who puts the interests of the Malays above everyone else’s.

Let me set the record straight. Those are lies. How can they be true when the lies contradict each other? It’s illogical.

If Malaysians swallow those lies, be prepared to see the return of Najib Razak’s rule by mid-term. Pakatan Harapan can either be a half-term government, or at least govern for two terms if it survives the attempt to split the coalition from the middle through racial mobilisation.

What we really need now is a responsible opposition for the nation’s sake.

Malaysia needs an opposition that can challenge and compete with the government on public policies, and not one that plays racial games through fake news and half-baked news without context, just to erode the credibility and legitimacy of the government of the day.

Pakatan Harapan will never be a more Malay party than Umno, or more Islamic than PAS or more Chinese than MCA or more Indian than MIC. It is also a party for all our friends and equal partners in Sabah and Sarawak.

This is why Pakatan Harapan is the political home for all Malaysians who believe in the power of moderation, Malaysianness and the middle ground.

Our most important concern is the well-being of every citizen. We are concerned about providing better jobs, better pay and better business opportunities, better quality education, and a general sense of a better future for everyone.

The Tanjung Piai by-election is going to be a tough battle for Pakatan Harapan. It is a choice between a better Malaysia, or politics of hate. We must make a brave decision for the sake of all Malaysians.

LIEW CHIN TONG is a senator and Johor DAP chief. The above is a speech made in a dialogue with residents in Kukup on Oct 12.