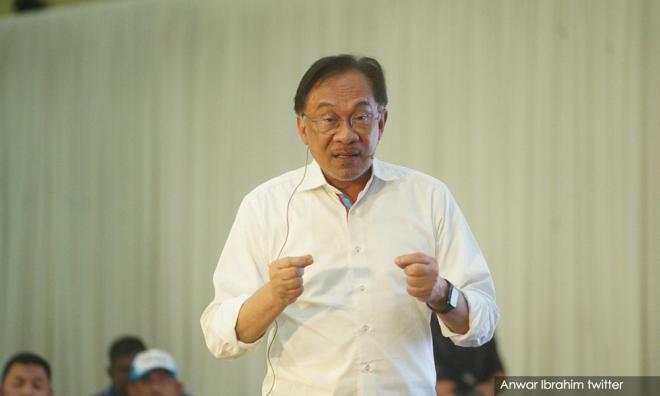 Anwar said while he supported police to be tough on terrorism issues, Sosma needed to be amended, especially on the powers vested in the police.

"In any country, when given the mandate to rule, we leave this matter in the hands of police to safeguard our safety and to deal with violence, regardless of whichever group they come from.

"If there is any reason for the police to be more aggressive or firm to combat violence, I agree.

"(But) we have opposed Sosma from before, even before LTTE. If we want to continue with the act, it must come with some amendments because the law as it is now is too harsh," he told reporters after officiating the state PKR convention in Bukit Mertajam.

He was asked to respond to reports that four former PKR members were part of 12 people arrested, including two DAP elected representatives, for alleged links with the Liberation Tigers of Tamil Eelam Liberation Tiger (LTTE).

Although defunct in 2009, Bukit Aman which carried out the dragnet beginning Oct 11, said the police have evidence of their alleged involvement with the group.

Anwar added that he was not aware of the arrests of four former PKR members yesterday in relation to the LTTE matter.

Police have 28 days to probe the matter under Sosma but those who condemned the arrest and opposed the law said if the force had any proof, the suspects must be tried in open court and not detained without trial.