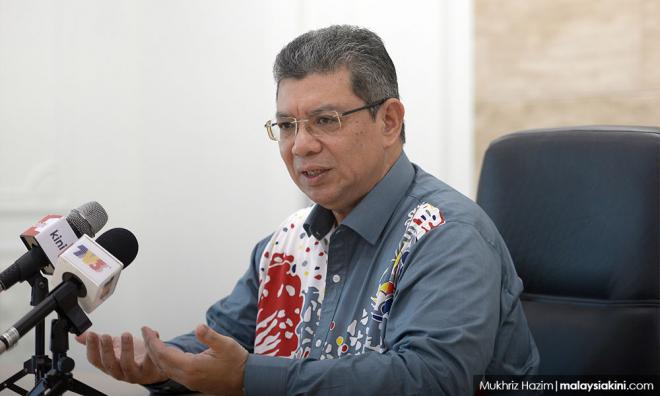 China-US trade war has not affected pacts with M'sia - Saifuddin

The ongoing trade war between China and the US has not affected Malaysia's trade relationship with either party, said Foreign Minister Saifuddin Abdullah.

He said the country maintained a good relationship with both the economic heavyweights, and would look to further expand business with them.

"China is also Malaysia's number one trading partner. In fact, in some cases, China has given us a great deal of cooperation," he told reporters after opening the Malaysia-China 45 Years of Glory Photo Exhibition at TMG Mall in Bandar Indera Mahkota in Kuantan today.

Saifuddin, who is also Indera Mahkota MP, cited China's agreement to renegotiate the East Coast Rail Link (ECRL) project which resulted in a favourable deal for Malaysia as a sign of good ties between both countries.

In addition, he said China had agreed to purchase more palm oil from Malaysia at a time when European countries launched a boycott against the product.

On another note, Saifuddin said Wisma Putra was constantly monitoring the riot situation in Hong Kong, and urged Malaysians working or travelling there to remain vigilant.

"We have identified the areas where the unrest is taking place, and people have been urged to avoid going there," he said.

Saifuddin also advised Malaysians who were in Japan or intending to go there to follow the travel advisory issued with regard to Typhoon Hagibis, which is currently sweeping the country.