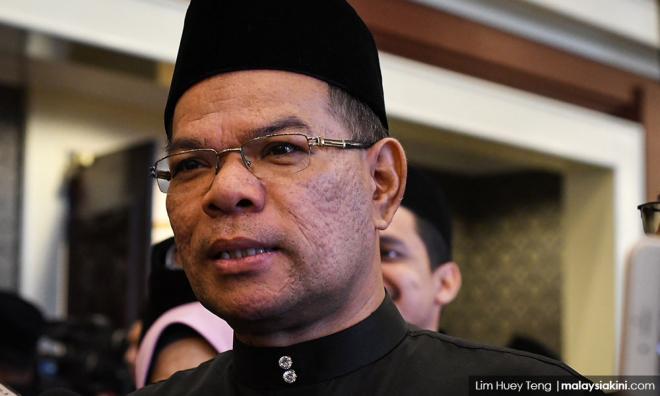 Gov't to decide on fuel subsidy mechanism for non-B40 group

The Domestic Trade and Consumer Affairs Ministry expressed hope the targeted fuel subsidy programme (PSP) for recipients of the cost of living aid (BSH) or B40 will be implemented simultaneously with those from the middle-income group (M40) category, beginning January next year.

Minister Saifuddin Nasution Ismail said his ministry would hold discussions with the Finance Ministry to obtain the data of the eligible recipients and to refine the required mechanisms.

“As for the B40, we already have the data of about 2.9 million eligible people which I announced on Monday (Oct 7) but for the M40... thus far, we still don't have any information on the recipients.

“Hence, discussions between the two ministries at the officials and ministers’ level will be held next week to determine the eligibility criteria,” he told reporters after attending the presentation of contribution in conjunction with the upcoming Deepavali celebration George Town today.

He said the government still have three months to do what was necessary before the implementation next year.

“In addition to the Finance Ministry, we will also be seeking data from the Road Transport Department and Tenaga Nasional Bhd to obtain information on eligible individuals,” he said.

Saifuddin, who is also Pantai Jerejak assemblyperson, estimated that the number of recipients from the M40 group could reach up to five million.

“From the Budget 2020 presentation, the government has allocated RM2.2 billion for the targeted PSP scheme which benefit about eight million motorists and by excluding 2.9 million recipients from the B40 group, about five million eligible drivers will be identified including those from the M40 group,” he said.

On Friday, during the tabling of the Budget 2020, Finance Minister Lim Guan Eng announced that the PSP, which was one of the Pakatan Harapan pledges, would be launched in Peninsular Malaysia, in January next year.

Fuel subsidy will be for all who qualify, not only B40 group
11 Oct 2019
Putrajaya explains why Borneo states not getting targeted petrol subsidy
10 Oct 2019
Mental health allocation in Gerakan's Budget 2020 wish list
9 Oct 2019
Putrajaya prepared to consider others who feel qualified for fuel subsidy scheme
8 Oct 2019