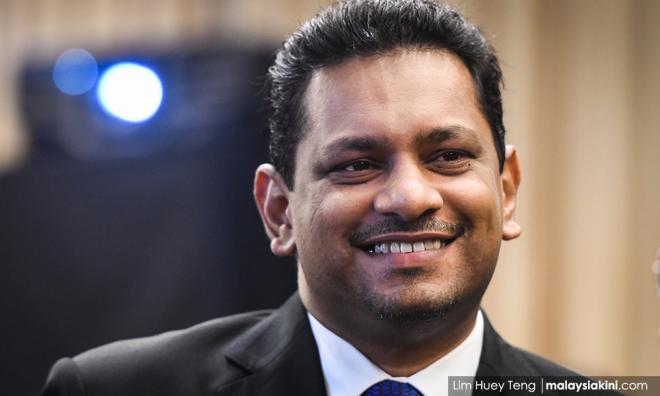 The Malaysian Bar has urged the police not to unnecessarily prolong the detention of those accused of having links with the Liberation Tigers of Tamil Eelam (LTTE) under the Special Offences (Security Measures) Act (Sosma), which allows for suspects to be detained for 28 days without trial.

Referring to media reports, Malaysian Bar president Abdul Fareed Abdul Ghafoor (photo) noted how the police had carried out surveillance operations on the suspects prior to their arrests.

“Which means, the police are deemed to have some evidence of their involvement in activities detrimental to the security of the nation,” he added in a media statement this afternoon.

Abdul Fareed said the police must expedite their investigations in adherence to the rule of law and natural justice.

“Charge them (the suspects) in court if there is enough evidence to do so, and not to unnecessarily detain the suspects for a full length of 28 days as provided under Sosma,” he added.

Abdul Fareed also pointed out how Sosma was abused in the past in the cases of former Umno division leader Khairuddin Abu Hassan, lawyer Mathias Chang and Petaling Jaya MP Maria Chin Abdullah.

“In the case of Maria, she was released after lengthy detention without any charges preferred against her.

“Whereas, in the case of Khairudin and Matthias, though being charged, the prosecution later withdrew the charges,” he added.

Maria, who was the former Bersih chairperson, was detained on Nov 18, 2016, on the eve of the electoral watchdog's fifth rally, and incarcerated for 10 days.

She later sued for wrongful detention and settled the matter after the government agreed to pay RM25,000 in damages and RM5,000 in costs.

Khairuddin and Chang, on the other hand, were detained for lodging a series of reports on the 1MDB scandal.

Meanwhile, Bukit Aman's counter-terrorism wing had arrested 12 individuals so far with regard to its LTTE dragnet, claiming that the suspects were attempting to revive the organisation.

Two of those detained were DAP assemblypersons P Gunasekaran and G Saminathan.

The arrests have drawn criticism from various quarters, including DAP leaders, especially since Pakatan Harapan had promised to repeal the draconian Sosma.

Among those detained was an insurance agent, whom police claimed wanted to carry out an attack on the Sri Lanka High Commission building in Kuala Lumpur.