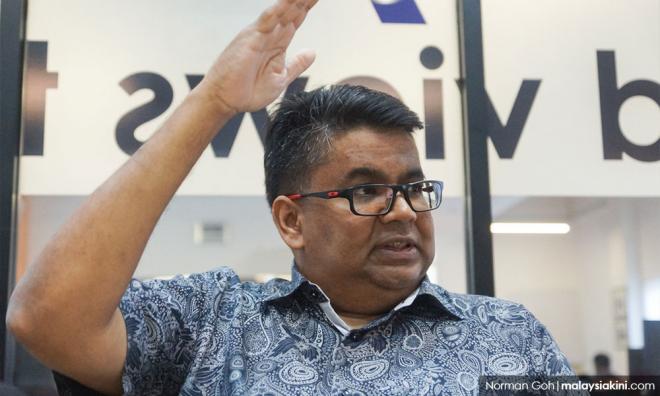 Bersatu supreme council member Rais Hussin has called out the "abysmal" attendance of parliamentarians at the current Dewan Rakyat sitting.

In a Twitter posting this morning, he questioned how the attendance could be improved, especially since Budget 2020 is being debated.

"MPs attendance at the parliamentary session is quite abysmal especially when such important issues are being debated like the Budget 2020.

"How to improve attendance at the Parliament and reduce truancy? Any idea folks? Remember it is a participatory democracy!" he added.

"I spoke in front of this 'crowd'. That's the government front bench on day one of Budget debate," he commented with the photo (below).

Instagram stories, unlike regular posts on the image-sharing platform, would only last 24-hours but at the time of writing, Khairy's post was still visible.

The former youth and sports minister was debating the Budget 2020 announced in the Dewan Rakyat by Finance Minister Lim Guan Eng last Friday.

Although it is normal for the Dewan Rakyat to not be in full attendance when debates are spread across several days, the issue of lawmakers' and ministers' being absent is not new.

In July, it was reported that the House introduced scheduling for ministries to help with the attendance of cabinet members.

Under the system, ministers would be designated certain days for attending Parliament sessions to answer questions.

The new scheduling system would also allocate time for ministerial and government duties.

However, attendance is still expected for crucial votes, such as those requiring a two-thirds majority.

Dewan Rakyat Speaker Mohamad Ariff Md Yusof said last year it would be "too drastic" to revoke the allowances of MPs who are not present in the House during the late sessions, that could run into the night.

Malaysiakini is attempting to reach Harapan lawmakers for comment.

The current session, which began on Oct 7, is slated to end on Dec 5.