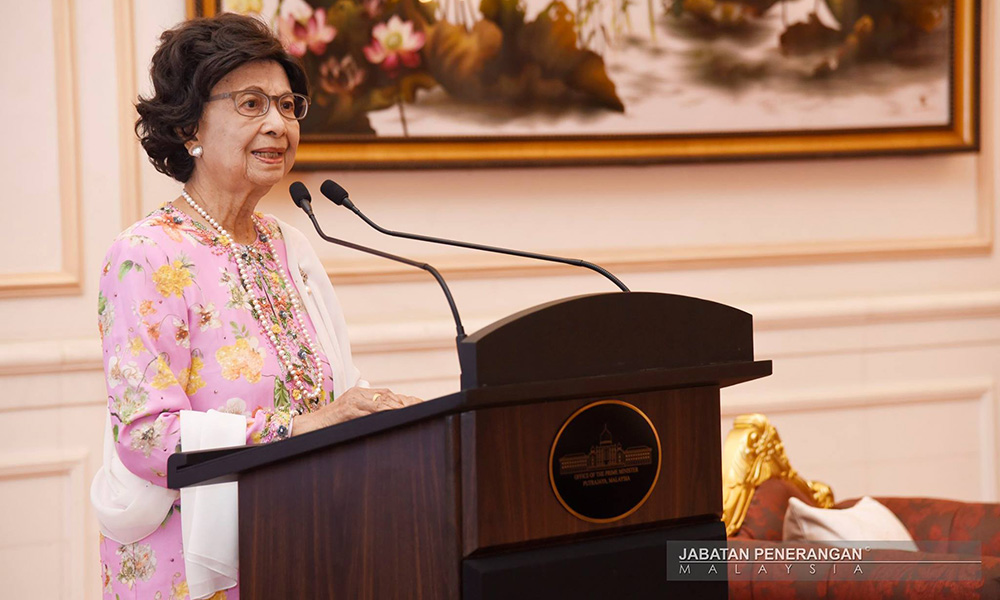 She said the doctors confirmed that there was a small lump in her left breast after she underwent a mammogram and biopsy in a hospital here.

“The doctor advised me to remove the lump within a week, initially I did not want to tell my husband  (Dr Mahathir Mohamad), I did not want to bother him as he was busy after returning from an overseas trip [...] after the results were revealed, and the doctor confirmed it was a growth, only then did I tell him and he was shocked.

“I remember getting the results on Monday, after that, we waited until Friday for me to be admitted into hospital, in the afternoon, there was another check-up to confirm the growth was there, Saturday morning I went into the operations theatre, in the afternoon the operation was over, and the next day, I was allowed to go home,” she said.

Siti Hasmah said women were generally afraid of taking screening tests for breast cancer because they were afraid of the stigma and were embarrassed about the process.

“Breast cancer can happen to anyone, regardless of age, from the young to someone in their 90s like me,” she said.

"Do not risk your life because this is a type of cancer which can be prevented if it is detected early, and the earlier we get treatment, the faster is the recovery.

“Health checks are our responsibility while we are still healthy before we can look after others,” she said.

Meanwhile, chairman of the KL Pink October 2019 committee, Dr Ros Suzanna Ahmad Bustamam said the campaign which began yesterday until this Saturday was targeted at women in People’s Housing Projects (PPR) and Public Housing in 10 parliamentary constituencies in Kuala Lumpur.

She said of the women who have been screened, less than 30 per cent who were given hospital appointments for further treatment turned up even though they were offered free transportation, and this was worrying as they could potentially develop cancer.

“Unfortunately, more than 40 per cent of patients who come for treatment are those who are already in stage three and four.

“This campaign will not only ensure the target group undergoes screening and checks, but are given vital information about healthcare, assistance and the role of the relevant agencies which can help them increase their knowledge of breast cancer,” she said. - Bernama