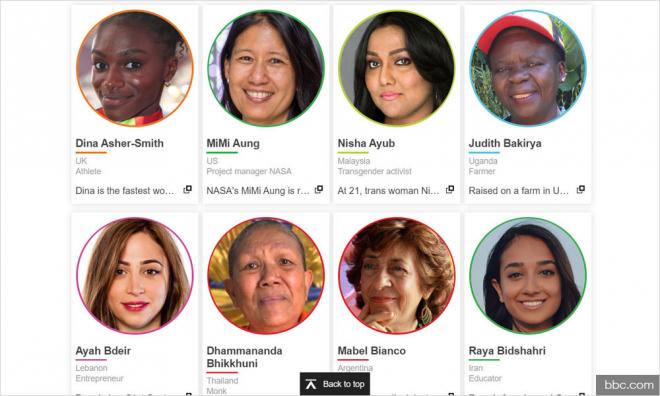 Malaysian transgender activist Nisha Ayub has been featured in BBC’s annual list of 100 most inspiring and influential women.

In the 2019 edition of the list published today, BBC cited Nisha’s advocacy for the rights of transgender people in Malaysia.

“She has been a tireless advocate for the rights of transgender people in Malaysia, co-founding Seed, the country's first-ever trans-led organisation, and creating 'T-Home', which addresses the issue of homelessness for older trans women who are left without family support.

“She was awarded the US International Women of Courage award in 2016 for her work,” the British broadcaster said.

Nisha is the only Malaysian on this year’s list.

Other women featured in this year’s list include Swedish climate activist Greta Thunberg, US scientist Katie Bouman for her algorithm that produced the first-ever image of a black hole, and Dhammananda Bhikkhuni who is Thailand’s first female monk.

Also on the list is Syrian architect Marwa Al-Sabouni who wrote of her experience of the Syrian war and plans to rebuild a district in her home city of Homs, and UK-Somalian national Jawahir Roble is UK’s first Muslim referee.

The BBC had launched the "BBC 100 Woman" series in 2013 in response to the fatal 2012 Delhi gang rape, to highlight the achievements of women.

The series has highlighted Malaysian women before.

The BBC had highlighted Nenny’s role in ensuring better protections for Muslim women in the syariah court system and in changing the public’s negative perceptions towards syariah law.