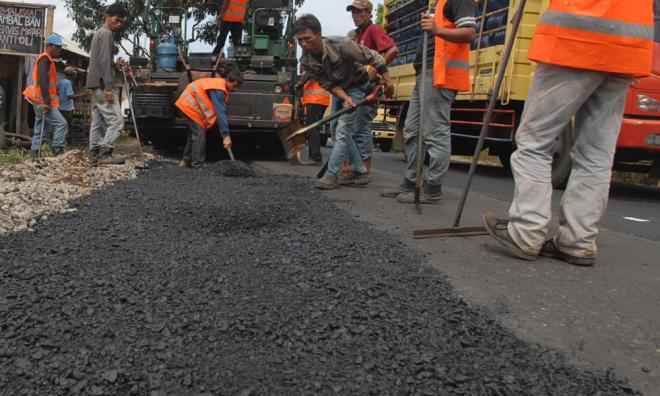 The allegations of a Bersatu party member from the Lumut division about corruption involving a road maintenance contract under the Malaysian Road Records Information System (Marris) in Perak “are baseless”.

Lumut Bersatu division head Nordin Ahmad Ismail said the claim made by Syed Razif Syed Rabii over the appointment of the concession company was merely an allegation that could be made by any party.

“Therefore, I challenge Syed Razif to present the facts and proof that the appointment process has led to an increase in the cost of maintaining the Marris budget as alleged.

“If he fails to do so, that means the allegations of misappropriation in the Perak state Marris budget are a personal agenda to tarnish the image of the state government and Menteri Besar Ahmad Faizal Azumu,” Nordin Ahmad said in a statement released in Ipoh last night.

Therefore, he added, Syed Razif should withdraw his allegations or be prepared to face legal action by those who were allegedly defamed.

In addition, Nordin Ahmad said, the company is innocent until proven guilty by the court.

He said the state government has taken steps to improve what was supported by the qualified contractors as it helped to overcome the misuse of contractor licences, as had been done under the previous government administration.

“Previously, there were claims that road maintenance contracts were monopolised by contractors linked to Umno or Barisan Nasional leaders.

“Of course, the move to improve the Marris budget maintenance system by the Perak Pakatan Harapan administration will be opposed by a few contractors who have been benefiting from Umno or BN for a long term,” Nordin Ahmad said.

Earlier, Syed Razif accused the Perak government of handing out a RM1.15 billion road maintenance project without an open tender, and the contract was awarded to the company after a financial briefing held in Genting Highlands on Sept 8.

Meanwhile, Bersatu state chief information officer Mohader Ahmad Ayob said the top leadership in the party supports the Perak government’s effort to make changes and improve the quality of the road maintenance system to benefit people and be fair to qualified contractors.

“The government has made the right decision to appoint a concessionaire that is capable to manage the Marris allocation efficiently and economically, while improving the quality of road maintenance using the latest technology,” said Mohader, who is also Bersatu Batu Gajah division chief.

With such a system, he added, the local authorities can act as the road quality monitors and no longer need to monitor each contractor, as the responsibility is now on the shoulders of the concessionaire.