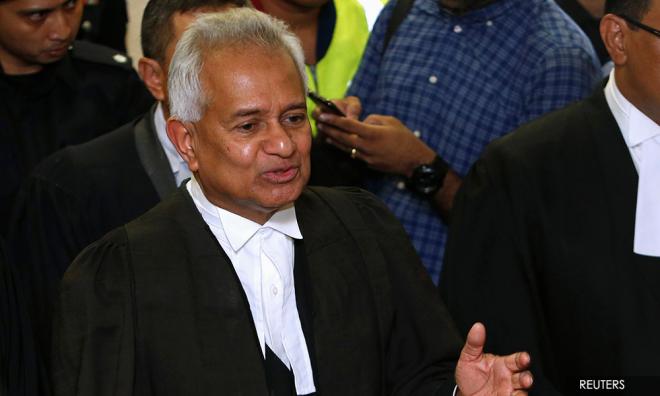 MCA is demanding an explanation from Attorney-General Tommy Thomas following his recent move to dismiss a case of alleged sexual abuse against a tahfiz school student.

MCA spokesperson Chan Quin Er questioned what prompted Thomas (photo) to use his discretionary powers to discontinue the proceedings, despite the Magistrate's Court in Ipoh acknowledging that an offence did take place.

"Thomas is urged to provide solid explanations as to why he ordered the case to be dropped.

"We hope he can comprehend the humiliation and emotional trauma that will haunt a sexually violated minor for the rest of his life. It is not only the child who is afflicted but the parents too," Chan said in a statement today.

She also said that Thomas' meddling had damaged the credibility of the attorney general's post and the Attorney-General's Chambers.

On Monday, the Malay Mail reported that the court dismissed the case involving a minor at a tahfiz school in Manjoi after the Perak State Legal Adviser’s Office presented a letter detailing Thomas' directive to discontinue proceedings.

This was in line with his powers as provided by Article 145(3) of the Federal Constitution.

The decision came despite the court acknowledging on August 7 that an offence did take place in the case following a complaint by the victim's mother on that day under Section 377E and Section 14(a) of the more recent Sexual Offences Against Children Act.

The mother had previously lodged police reports in 2016 alleging that her son, who was nine years old at the time, was sexually abused together with other students by their seniors at the tahfiz school.

However, police reportedly told the mother there would be no further action in the case, prompting her to eventually filing a complaint with the court.

Her son, who is now 13, is reportedly still undergoing therapy to overcome his trauma.

The mother is reportedly planning a civil lawsuit over the matter.

The tahfiz school was previously owned by popular preacher Kazim Elias, who gave up his ownership due to dwindling enrollments.