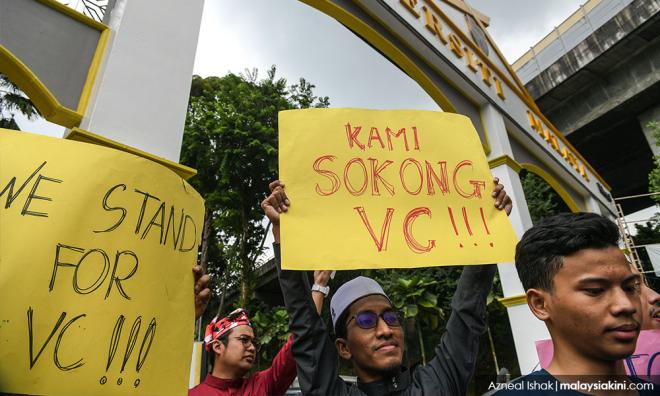 A group of NGOs today held a protest in front of the Ar Rahman Mosque in front of Universiti Malaya (UM) to express their support its vice-chancellor Abdul Rahim Hashim whom they believe is the victim of a targeted plot.

Referring to the convocation ceremony protest by graduate Wong Yan Ke, Gabungan Pelajar Melayu Semenanjung (GPMS) Pulau Pinang representative Ahmad Yakcoob claimed that Wong was acting on behalf of a plot orchestrated by the DAP who he claimed became upset when "Malays begin demanding their rights."