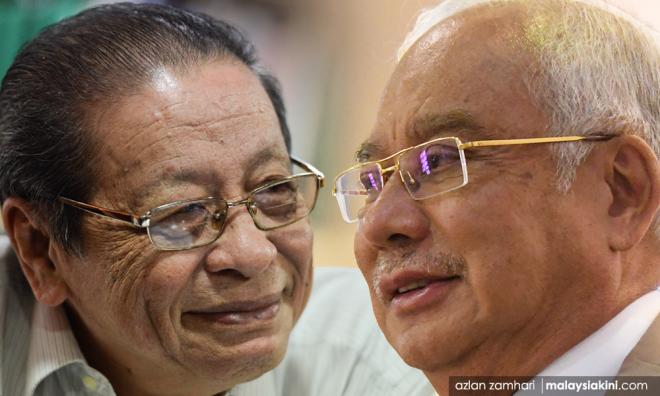 Former premier Najib Abdul Razak's government contributed US$1 million to Sri Lankan Tamils in 2012 for relief as a result of their displacement, recalled Lim Kit Siang.

“Is this now to be construed as support for the Tamil Tigers (Liberation Tigers of Tamil Eelam)?” asked the DAP veteran in a statement this evening.

The Najib administration, through MIC, donated the sum to the Malaysian Tamil Forum in Malaysia. The money was meant to assist Tamils in Sri Lanka affected by the war.

Lim raised this issue when asking if Malaysia is prepared against the threat of South-east Asia becoming the second front of the Islamic State (IS).

Answering the question himself, the Iskandar Puteri MP said: “A visitor from Mars would not think so.”

“As Malaysians seem to be distracted in the past week by the hitherto unheard-of issue of the LTTE revival, with the arrest of Malaysians for involvement in suspected revival of the LTTE.

“Old photographs and videos – some of which dating back a decade ago – are being recycled on the Internet to create a 'siege' mentality and to provide so-called proof of the revival of the defunct LTTE,” he added.

Since last week, the police counter-terrorism division detained a dozen suspects, including two DAP assemblypersons G Saminathan and P Gunasekaran, over their alleged links with the LTTE.

The suspects were arrested under the Security Offences (Special Measures) Act 2012, which allows for detention without trial for a period of 28 days.

Police claimed that one of the suspects had planned to attack the Sri Lankan High Commission in Malaysia.

There have also been calls for the police to arrest Penang Deputy Chief Minister II P Ramasamy following the circulation of a photograph showing him paying homage to an assault rifle.

However, the DAP leader said he had attended a memorial to honour the civilians who perished in the Sri Lankan civil war, which ended in 2009 with the decimation of the LTTE.

Various quarters had criticised the use of Sosma and urged the police to charge the suspects in court but Prime Minister Dr Mahathir Mohamad defended the crackdown.

Meanwhile, Lim said worldwide attention is focussing on what is going to happen in the Syrian prisons since the IS self-declared caliphate collapsed earlier this year.

He pointed out that the Syrian jails are packed with about 12,000 jihadist fighters, with about 65 from Malaysia and “several hundred” from Indonesia, which do not include their displaced wives and children.

“Will these jihadists return home undetected and will they recruit new members and launch attacks?

“We must heed the warning of experts of international terrorism, two of whom recently warned that 'Southeast Asia may be the newest breeding ground for militant Islam... And since at least 2018, when it became increasingly difficult to travel to Iraq and Syria, foreign fighters from the region and farther abroad have flocked to the Philippines, Indonesia, and Malaysia because of these countries’ growing reputation as emerging fronts for global jihad'.

“Malaysia must not be caught unguarded,” Lim added.