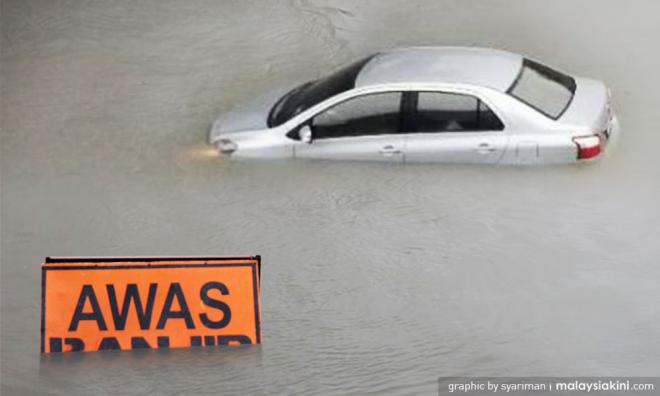 Two more temporary evacuation centres have been opened up in Perak, bringing the total number to three since flash floods occurred in the state.

The latest centres opened yesterday were SK Changkat Jong and the Kampung Malau community hall in the Hilir Perak and Hulu Perak districts, while the centre in the community hall in Kampung Sungai Klah Baru in Batang Padang district was opened on Thursday night.

To date, a total of 194 victims from 58 families have been placed at the three centres.

According to a spokesperson of the State Disaster Management Committee, in the Hilir Perak district, 92 people from 23 families were placed at SK Changkat Jong, Teluk Intan, which was opened at 11 pm last night.

In the Hulu Perak district, 21 flood victims from eight families in Kampung Malau Baru, Lenggong have been placed at the community hall in Kampung Malau, which was also opened up at 11 pm yesterday.

“The river water level has risen and overflowed to several houses. The water bund in the district has also burst, inundating the main road in the village,” he said.

He added that the among the agencies involved in the rescue operations were the Civil Defence Corps, the Royal Malaysian Police, the Fire and Rescue Department, the Social Welfare Department, and the Village Community Management Council.