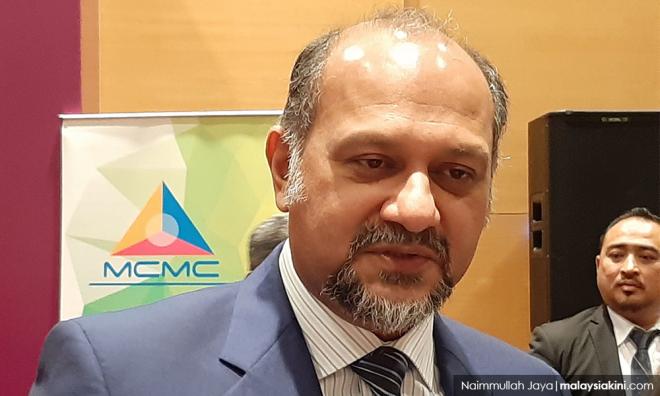 The transition to the myFreeview digital TV broadcast from analogue is going smoothly and all consumer complaints resolved, said Communications and Multimedia Minister Gobind Singh Deo.

“It is true that there were complaints, but they have been addressed. All the complaints were monitored by the Malaysian Communications and Multimedia Commission (MCMC),” he said when replying to reporters who asked about myFreeview broadcast complaints after he launched the Smart School IOT Hackathon in Cyberjaya today.

Gobind (photo) said the complaints included consumers not receiving the decoders and those with unsatisfactory transmission of broadcasts.

He said consumers can contact myFreeview to lodge complaints relating to the transition of analogue TV broadcasts to digital.

The minister said the transition process of digital to analogue TV broadcast is expected to be completed by Oct 31.

The transition from analogue TV broadcasts to myFreeview digital TV will begin in the central and southern regions on Sept 30, northern and eastern regions on Oct 14, while Sabah and Sarawak will begin from Oct 31.

On the issue of the bank account numbers of Petrol Subsidy Programme (PSP) recipients being exposed on the scheme’s official portal, Gobind said he had asked for a report from the Domestic Trade and Consumer Affairs Ministry, and the relevant parties.

“So, I cannot give any comments until I see the report,” he said.

Recently, a technology website revealed weaknesses in the PSP portal which allowed users to view the account numbers of recipients. The ministry has since announced that it had taken steps to protect the data of the recipients.

Earlier, in his speech at the launch of the Smart School IOT Hackathon, Gobind said he hoped the programme would boost creativity and innovation, improve problem-solving abilities, and sharpen critical thinking among the participants.

The Communications and Multimedia Ministry, he said, stressed the importance of students acquiring knowledge in information technology and digital areas.

“All effort must be taken to prepare our children for their careers in the future,” he said.