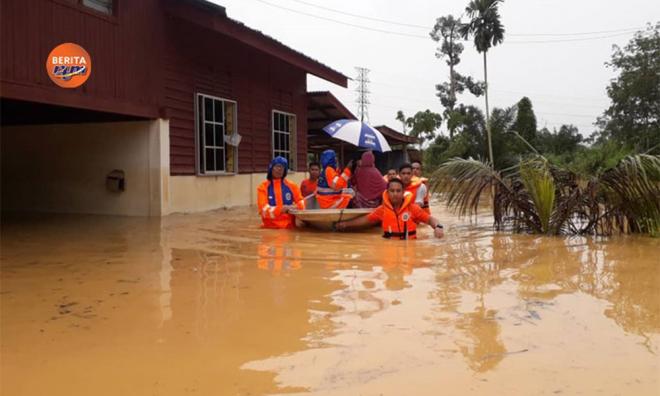 As of this afternoon, 278 victims from 81 families were housed at three temporary relief centres (TRC) in three Perak districts.

A State Disaster Management Committee (SDMC) Secretariat spokesperson said the figures showed an increase in the number of flood victims this afternoon compared to 194 victims from 58 families this morning.

He said a new TRC had been opened at the Surau Kampung Jawa Trong Community Hall (CH) in the Larut Matang and Selama district housing 17 victims from six families.

He said the Hilir Perak district recorded the highest number of victims, namely, 180 people from 48 families who were sent to the TRC at Sekolah Kebangsaan (SK) Changkat Jong, Teluk Intan.

Meanwhile, 21 victims from eight families in Kampung Malau Baru, Lenggong who were sent to the Kampung Malau CH TRC, prior to this, had been allowed home after the TRC was fully closed at 10.30 am today.