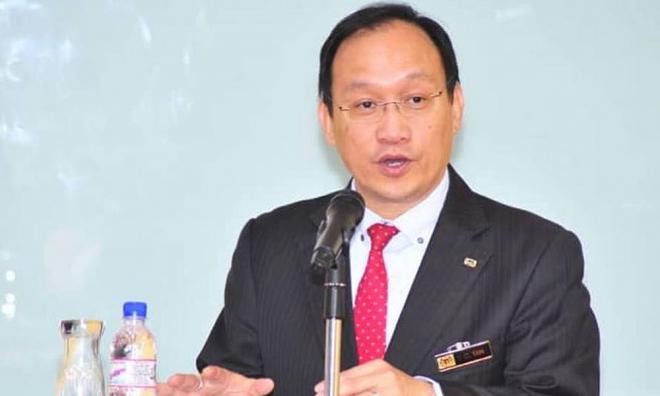 Malaysia will continue to engage with European counterparts to address misunderstandings and allegations related to the palm oil industry and simultaneously seeks feedback on the issues and concerns related to the sector.

Primary Industries Ministry secretary-general Tan Yew Chong (photo) said Malaysia had taken concerted efforts to accelerate its model of sustainable development, specifically for the local palm oil industry, whilst continuing to redress the allegations on the palm oil to ensure it receives fair treatment at the global level.

“Despite all of our efforts, sadly, there are many misunderstandings in Europe alleging that Malaysia is rapidly deforesting, destroying biodiversity, and so on.

“Of course I vouch these allegations are certainly not true, hence, for the purpose of transparency and to assure our relationship is based on utmost trust, I believe it is crucial for us to have this session to address concerns with our European counterpart," he said in his speech at the Malaysian Palm Oil Roundtable Dialogue in Warsaw, Poland.

He said that stakeholder engagements at a high level would help address concerns on palm oil and he hoped Poland and other European countries would support the efforts undertaken by palm oil-producing countries like Malaysia on its good agricultural practices and sustainability efforts.

The Malaysian Palm Oil Roundtable Dialogue, attended by various stakeholders from the oils and fats fraternity in Poland and its neighbouring countries, is a targeted platform that focuses on current and emerging palm oil issues and challenges in the European region.

The dialogue, organised by the Malaysian Palm Oil Council (MPOC), was also aimed at elevating the trade relationship between Malaysia and the European Union (EU), particularly on oil palm and oil palm-based products.

Malaysia is the second-largest producer and exporter of palm oil and this commodity is exported to more than 150 countries, with the EU, China, India, the Middle East, Pakistan, Japan, the US, and South Korea among the top destinations.

It is expected to remain a source of functional, nutritious and competitive food ingredient in the industry, as well as being the mainstay in household usage.

"Many people benefit from palm oil through its price competitiveness and versatility, (although) many are still being misled by inaccurate information and accusations," he said.

Palm oil is globally recognised with all the goodness and is especially rich in natural chemical compounds that are important for health and nutrition, apart from being a natural source of carotenoids and vitamin E, as well as supplying fatty acids and other important fat-soluble micronutrients.

Tan also elaborated on Malaysia's recent initiatives to clear the air on the commodity, which included capping the total oil palm cultivated area to 6.5 million hectares, stop new planting on new peatland areas and to further strengthen regulations with regard to existing oil palm cultivation on peat soil.

"The effort is taken to ban the conversion of forest reserved areas for oil palm cultivation, and finally we pledge to make the oil palm plantation maps available for public access.

“These efforts serve as the assurance of our commitment and seriousness in proving that Malaysia’s palm oil industry is sustainable, adhering to the requirements of international and national standards and should not be subjected to negative perception," he added.

This initiative is intended to address environmental, social and economic aspects of oil palm cultivation, production and processing methods; protect forests and wildlife, safeguard workers’ welfare and safety, and provide a living wage.

Malaysia is a strong advocate of the environment and natural habitat, and categorised as a green country with 55.3 percent of its land area under forest cover, more than the 50 percent as committed by Malaysia in the 1992 Rio Summit.

"It is heartening to note that 27 years on, that pledge has been kept with the current extent of forest cover still exceeding 50 percent.

“The Primary Industries Ministry has also committed to planting one million forest tree species within the next 10 years, particularly in degraded lands in Sabah, as well as protecting the wildlife population, projects that will be sponsored primarily by the palm oil industry players,” Tan said.

MPOC, together with the Sabah Wildlife Department, has agreed to commence a project that aims to undertake a new population survey of the Orang Utan and pygmy elephants in Sabah.

This survey will bring together wildlife experts, scientists and researchers to take part in an extensive study on the population of the state’s iconic wildlife.