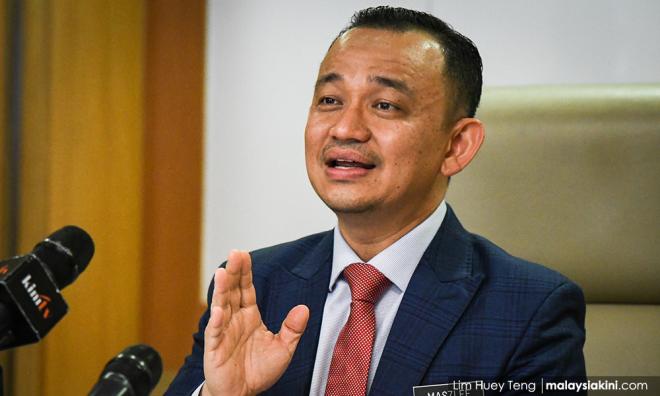 MOE in no hurry to abolish streaming - Maszlee

The Ministry of Education (MoE) will announce abolishing arts and science streams in Form Four when the time comes, said its minister, Maszlee Malik (above) today.

He also said the ministry would not make the decision in a hurry, and would instead review all aspects, including engagement and employment.

“What I said was in the future, we want to ensure that students are not stuck with the streams, for example, a science student cannot take-up literature, while there are some art students who may want to take science subjects.

“But the report was portrayed as though it was a policy statement,” Maszlee told reporters after attending Sekolah Menengah Kebangsaan (SMK) Teluk Kerang ‘Let’s Go to School (Jom Sekolah) 2020,' Pontian today.

Maszlee said this when asked to comment on the National Council of Professors (NCP) who advised the government not to be hasty in abolishing the arts and science streams in Form Four from next year.

NCP president Prof Raduan Che Rose (above) said he feared the move would have implications for courses at the university level, and appeared to contradict the ministry’s move to promote science, technology, engineering and mathematics (STEM) subjects.

Maszlee, who is also the Simpang Renggam MP, said the ministry has received inputs from various parties in the effort to improve the existing education system.

He explained that the abolition of streams was part of the report of the cabinet committee's policy review committee, which was requested by Prime Minister Dr Mahathir Mohamad.

"Which is why we look at today's world education trend of cross-sectional learning,” he said.

"What we do know is that over the next 10, 20 or 30 years, many jobs will take place cross-field. For example, agriculture in the future will be agro-technology that requires farmers to be technologically literate. We know the use of robotics, drones require exposure to digital literacy,” he said.

According to Maszlee, in the last five years, not many students have entered the science stream because it requires good results, while art students may be interested in biology.

“This is a future global trend. Whether we want to or not, we need to be prepared for it," he said.