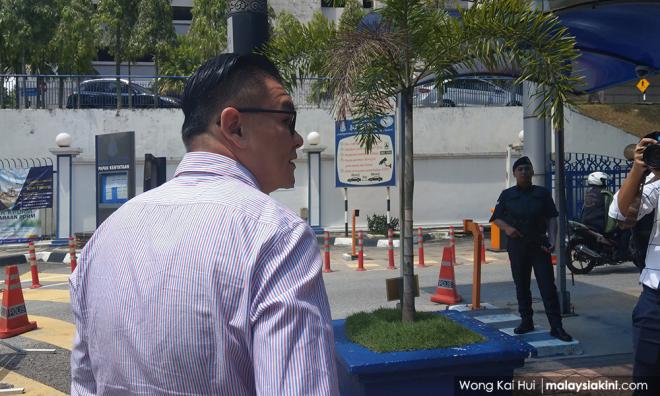 Three individuals, including former DAP member, Hew Kuan Yau (above), were called up today to give statements at the Federal Police Headquarters in Bukit Aman concerning the publication of a comic alleged to contain propaganda.

Principal Assistant Director of the Prosecution and Legal Division D5 of the Bukit Aman Criminal Investigation Department, SAC Mior Faridalathrash Wahid, when contacted, said Hew and two other individuals would be present to give the statements this afternoon.

On Oct 18, Home Affairs Minister Muhyiddin Yassin stated that initial reports by the security division of the ministry found that there were wrong facts in the comic, thus it was appropriate that action be taken on those who published and distributed the comic.