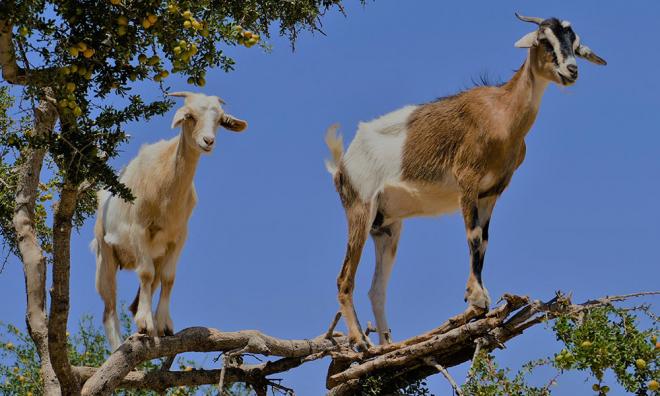 Police arrested six men and are still pursuing two of their accomplice for stealing 52 dairy goats worth RM50,000 in an incident at a goat farm in Jalan Mengkuang Keretapi in Bukit Mertajam, Penang, on Saturday.

"In the 1.20am incident, the 34-year-old owner became aware of the loss of his livestock after being informed by the villagers, while four Myanmar nationals who worked for him were also tied up and injured by the suspects," he said today.

Nik Ros Azhan said information obtained from the workers said that at least five masked men armed with machetes had entered the workers' house located in the compound before ordering them to keep quiet and tie them up.

He said the suspects then escaped with all the goats in a truck.

Nik Ros Azhan said acting on information and intelligence, police detained the first man at Pantai Bersih, Butterworth before raiding four other locations and arresting five men, who each played a role in the incident among truck owners, buyers and shepherds.

"Initial investigations found that they stole the goats and sold them to a trader who was also a goat supplier at a market in Kulim, Kedah and that the criminal plan was choreographed by the 61-year-old mastermind," he said.

He said the 26-year-old goat trader, who was also arrested, promised RM15,000 to RM20,000 in payment after the stolen goats were sold and he also gave a deposit of RM4,000 to the mastermind.

He said investigations also revealed that the goat trader began selling the stolen goats a day after the incident on Sunday and until yesterday, 42 goats had been slaughtered and sold for a total of RM20,000 to RM30,000.

The police also seized 10 goats that were not slaughtered, a Toyota Hilux vehicle, a cell phone and RM700 cash, "he said.

He said the six men, including the mastermind who had four previous criminal records, were remanded for seven days and the case was being investigated under Section 395/397 of the Penal Code.

"Two other men who had been identified were being hunted by the police, who believed they could be around Kulim and Padang Serai," he said.