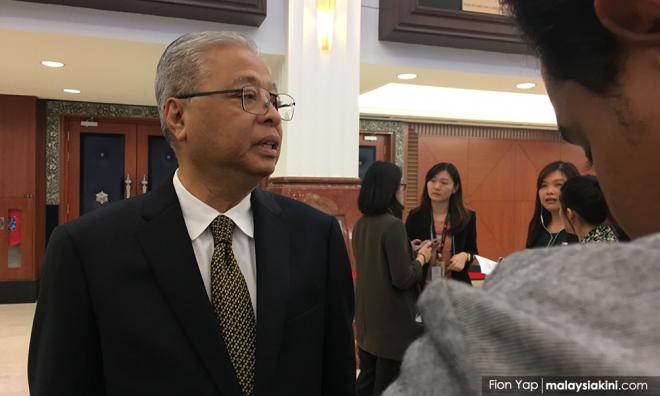 Opposition leader in Parliament Ismail Sabri Yaakob is calling for DAP to be banned if found guilty of spreading ideologies which contravene federal laws.

Ismail (above) said this was as DAP leaders have been linked to the controversial comic Belt and Road Initiative for Win-Winism which was yesterday banned by Putrajaya for, among others, "promoting and spreading erroneous facts about the communist ideology".