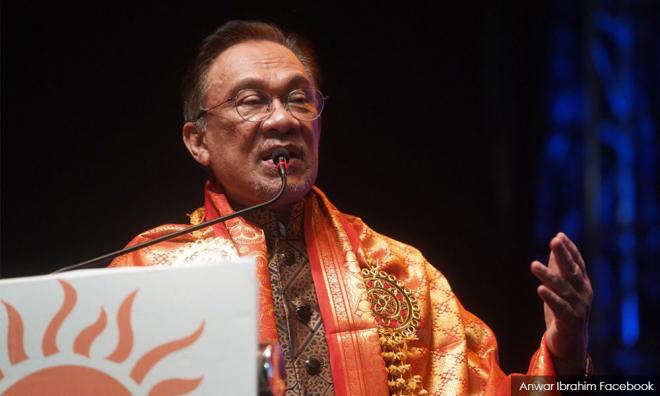 PKR president Anwar Ibrahim has said that he understands the issues being faced by the Indian Malaysian community, specifically regarding the recent arrest of 12 people suspected of having links with Liberation Tigers of Tamil Eelam (LTTE).

However, he added, all quarters must support the authorities’ efforts to ensure the country’s peace and security.

"I know that there is an issue that was raised about the arrests of our friends (over the LTTE case).

"However, I would like to plead all of you here that, when it comes to the issue of crimes and terorism, it must be left in the hands of the police, and we must give them space and support (to conduct investigations)," Anwar said.

He was speaking last night at the closing ceremony of the 18th Deepavali Carnival in Bukit Jalil National Stadium.

The former deputy prime minister was referring to the 12 individuals who were arrested by police earlier this month over suspicion of being involved in activities related to LTTE.

The suspects were arrested in a series of operations carried out by the Bukit Aman Counterterrorism Division under the the Security Offences (Special Measures) Act 2012 (Sosma).

On the same issue, Anwar in his speech said he also hoped that those detained in the case can be brought to court as soon as possible and that they will receive a fair trial.

"If there is evidence against them, then the right thing to do is to charge them in court. Else, they should be allowed to be with their families," said the politician.

Although Anwar supported the authorities taking serious action to curtail the problem of violent crimes and terrorism, he maintained his objections toward a number of Sosma provisions.

He said this had been his stand over the issue, and the matter had also been raised to several Pakatan Harapan leaders including Home Minister Muhyiddin Yassin.

He also urged all parties to be careful in applying security laws today as some can be draconian and not up to the standard of human rights and due process.

Anwar elaborated that he did not mean to question the action of the police, stressing that he understood the authorities' duty to safeguard the country from elements that are out to create trouble.

"Only speed up the process, speed it up to bring them to court.

"And try, as a government, to review some of the Sosma provisions that we think are inappropriate," he said.

Meanwhile, DAP lawmaker Kasthuri Patto urged the police to either charge the 12 suspects or release them from custody.

She said the police’s alleged approach of "detain first, investigate later" was similar to practices when the Internal Security Act (ISA) was still in effect before its repeal in 2012.

"...There are criminal laws and acts that can be used to charge them (the 12 suspects). But to apply Sosma on them, that is unacceptable.

"It is against their basic rights and freedom," she said in a statement.