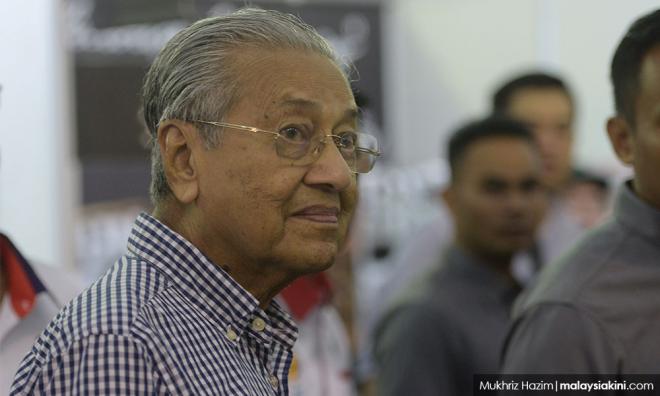 Prime Minister Dr Mahathir Mohamad said he has no problems if the prime minister power transition issue was to be discussed in the Pakatan Harapan Presidential Council.

“If there is a need to discuss, then it can be done in the Presidential Council (meeting),” the prime minister said when asked to comment on Deputy Prime Minister Dr Wan Azizah Wan Ismail's statement yesterday of her willingness to discuss the matter within the council.

Mahathir, who is Harapan chairperson, said he was agreeable to the matter because it was in the presidential council that names and positions of Harapan leaders were first proposed.

"[...] And also Anwar Ibrahim's position, and the proposal for me to be chairperson and prime minister to be,” he told Malaysian media before departing from Baku, Azerbaijan for a two-day official visit to Turkmenistan yesterday.

Mahathir, who was here for the 18th Non-Aligned Movement (NAM) Summit that ended today, said he would be agreeable if there were any parties who wanted to discuss the (transition) issue.

Wan Azizah, when asked to respond to Muhyiddin Yassin's statement on Friday that the issue of power transition between Mahathir and Anwar Ibrahim should be internally discussed and based on consensus among leaders of Harapan component parties, said she was agreeable to the matter as well.

Mahathir, who is the president of Parti Pribumi Bersatu Malaysia had said the issue was indeed mentioned during the early agreement between the four PH component party leaders, namely Wan Azizah (PKR), Lim Guan Eng (DAP), Mohamad Sabu (Amanah) and himself (Bersatu).