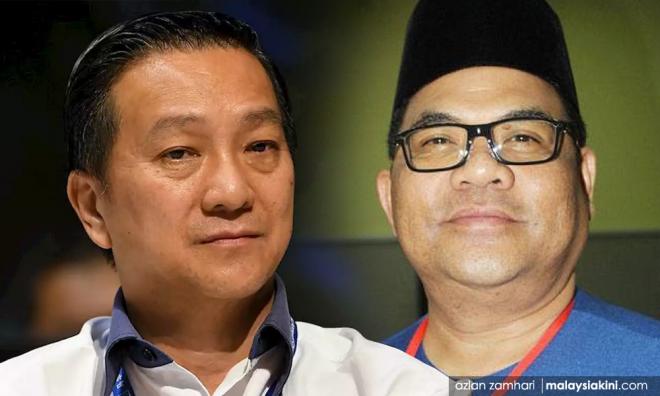 An Umno candidate is likely to represent BN in the Tanjung Piai by-election, but strong protest from MCA is delaying a decision.

BN sources told Malaysiakini that at the top of the list of potential candidates for the by-election is Tanjung Piai Umno chief Jefridin Atan.

However, MCA is adamantly refusing to give up its traditional federal constituency and is pushing for its former MP Wee Jeck Seng to retake the seat.

This has left Umno president Ahmad Zahid Hamidi, who is also the BN chairperson, with a difficult decision to make.

At the time of writing, a BN operative told Malaysiakini that Zahid has yet to come to a decision.

"Jefridin's name is at the top of the candidate list and it is almost certain he will be nominated.

"But MCA is adamant about keeping the seat and Zahid has yet to decide on this," he told Malaysiakini on condition of anonymity.

Meanwhile, Wee, who succeeded former MCA president Ong Ka Ting as Tanjung Piai MP, had served the constituency for two terms from 2008 until 2018.

He is also the Tanjung Piai MCA chief.

In an interview with Malaysiakini on Oct 18, Umno secretary-general Annuar Musa said the majority of grassroots feedback in Tanjung Piai favoured a Malay candidate.

However, he said it was up to the BN leadership to make the final decision.

The businessperson had contested in the neighbouring Pontian parliamentary seat in the last general election, but was narrowly defeated by 833 votes.

The parliamentary seats of Pontian and Tanjung Piai are similarly served by the Pontian district.

The by-election was called after Mohd Farid Mohd Rafik passed away from a heart attack last month.

Mohd Farid defeated Wee in the last general election by only 524 votes.

The candidates will formally be nominated on Nov 2, while Tanjung Piai voters are scheduled to go to the polls on Nov 16.