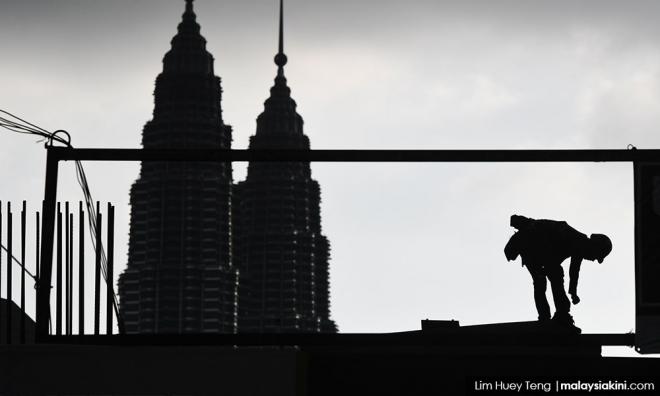 A minimum wage of RM1,200 per month for a single adult living in the Klang Valley, is still below the estimated living wage, says economist Yeah Kim Leng.

The academic at Sunway University's Business School told Bernama, it was likely that such individuals would need to have a supplementary income source to make ends meet, either by doing two jobs or deriving income from a side business.

A living wage is defined as the minimum income necessary for a worker to meet his basic needs including food, housing and other essential needs, while a minimum wage is an amount set by the authorities with the aim of protecting workers against unduly low pay.

In this connection, Finance Minister Lim Guan Eng, when tabling the 2020 Budget on Oct 11, recommended that the minimum wage be increased to RM1,200 a month in major cities, effective next year.

He also noted that the monthly income of RM5,344 for B40 households (bottom 40 per cent of income earners) in Kuala Lumpur in 2016, as reported by the Department of Statistics, would make it challenging for such families to afford a home, car and other consumer durables.

“They can perhaps get by with basic necessities and other less costly essentials such as mobile phones and computers," he said.

The economist added that it was difficult to determine the the absolute and relative poverty rates in Kuala Lumpur without a further breakdown of the B40 income profile - existing data merely indicates that out of the 2.8 million B40 households across the country, there are 55,600 such households in Kuala Lumpur.

Apart from Kuala Lumpur, the high cost of living is also felt by Selangor residents although they enjoy an average income that is higher compared to people in other states, notes economic analyst Ahmed Razman Abdul Latiff from the Putra Business School at Universiti Putra Malaysia.

He told Bernama this was because they had house payments that were higher, while the cost of goods and services, was also more expensive in the state which was one of six whose combined contributions to the country's gross domestic product in 2018 totalled 72.1 percent, according to data published by the Department of Statistics this year.

Ahmed Razman called on the Selangor government to monitor the concerns of families, especially B40 households, to ensure they were not left behind in efforts to develop the state.