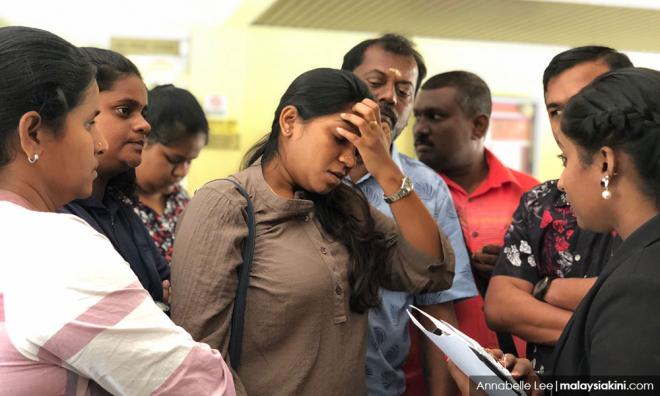 UPDATED 4.54PM | M Tamilmalar was inconsolable after her husband was denied bail and charged with possessing items related to defunct terrorist group Liberation Tigers of Tamil Eelam (LTTE) this morning.

Speaking to the media at the Selayang Sessions Court, Tamilmalar (above) rued how A Kalaimughilan would continue to remain in police custody until Dec 16 when the case will next be mentioned before the judge.

Kalaimughilan (below) had been detained without trial for the past 19 days under the Security Offences (Special Measures) Act 2012 (Sosma).

Under Sosma, bail is not allowed for detainees when charged, except in very limited circumstances...