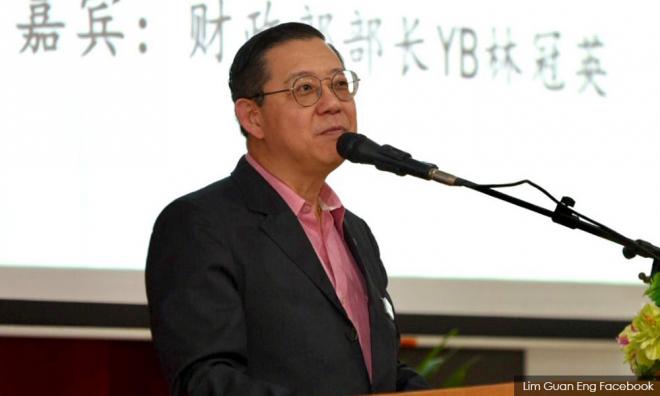 The reaffirmation of Malaysia’s sovereign credit ratings by international ratings agencies is proof that Pakatan Harapan (PH) is capable of administering the country, despite the financial constraints inherited from the previous government

Finance Minister Lim Guan Eng (above) said the measures taken by the government to reduce the overall national debt from 80 percent of the gross domestic product (GDP) to 77 percent in June, showed ratings agencies had accepted and acknowledged the credibility of the PH government.

"The government faces a lot of challenges in managing the country’s fiscal position. But the ratings reaffirmation is important, as it is a vote of confidence in the government’s capability,” he added.

He said this when answering a supplementary question in Parliament today from Ismail Sabri Yaakob (BN-Bera) who wanted to know about the country’s debt which is said to be increasing.

Earlier, responding to a question from Jonathan Yasin (PH-Ranau) on Malaysia’s reserves position, as well as income and expenditure amounts in 2018, Lim said the country’s international reserves totalled RM419.6 billion or US$101.4 billion, sufficient to finance 7.4 months of retained imports and 1.0 times the total short-term external debt.

According to the latest figures on Oct 15, 2019, Malaysia’s international reserves increased to RM432.7 billion (US$103.3 billion), and was sufficient to finance 7.6 months of retained imports and 1.1 times the short-term external debt.

Commenting on the supplementary question as to how the government would increase revenue, Lim said it could be done via the process of asset disposal which comes under the purview of the the Prime Minister’s Department and not the Finance Ministry.

"This revenue could have been been better if done on the basis of an open tender, maybe even doubling, going by market rates,” he added.

He said the country’s direct debt position up to June totalled RM799.1 billion or 52.7 percent of the GDP, below the determined level of 55 percent.