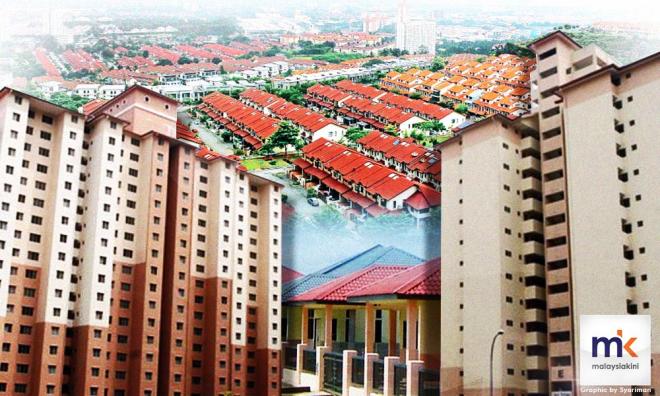 Call for a national housing corporation on affordable housing

The Association of Valuers, Property Managers, Estate Agents and Property Consultants in the Private Sector Malaysia (PEPS) has recommended that the government establishes a national housing corporation on affordable housing.

The corporation's job will be to plan, coordinate and implement blueprints and proposals on affordable housing throughout the country.

PEPS past president James Wong said this is to reduce the cost of land and the construction bill in order to resolve the housing affordability issue, echoing Bank Negara Malaysia's (BNM) statement last week that houses in Malaysia are considered “seriously unaffordable” by international standards.

The unaffordability, according to Wong, is primarily due to the household income not keeping pace with the rising house prices over the years.

"PEPS is totally agreeable with BNM findings that house prices are beyond the affordability of an average Malaysian.

"When BNM reported that the mean multiple affordability (i.e. the ratio of house price to a household’s annual income) is 4.8 times in 2016, it is even higher in 2019, which made houses even more unaffordable," he told Bernama.

BNM director of financial surveillance Qaiser Iskandar Anwarudin said the median multiple methodologies developed by Demographia International and recommended by the World Bank, United Nations and Harvard University, has deemed a house as affordable if it is priced not more than three times of the annual household income.

Wong said PEPS was hopeful that the federal government would liaise with state governments and government-linked corporations (GLCs) in releasing suitable land for affordable housing and identify suitable developers for joint-venture developments.

"The government should carry out research on demand and supply, income levels, household incomes, affordability and pricing issues for effective demand.

"It should also conduct market and feasibility studies on developments before developing to ensure there is demand on that particular location," said Wong, who is also the managing director of VPC Alliance (Malaysia) Sdn Bhd.

Besides that, PEPS also hopes that utility companies could find ways to reduce the compliance cost to developers, while at the same time, encourage developers to adopt the Industrialised Building System (IBS) to reduce construction costs.

"On another matter, it is heartening to also note that up to August 2019, banks had disbursed RM113 billion in housing loans, benefiting 260,000 borrowers.

"It will be useful for BNM to also release figures on the number of applicants whose loan applications were rejected and to offer suggestions on how the approval chances can be enhanced," PEPS added.