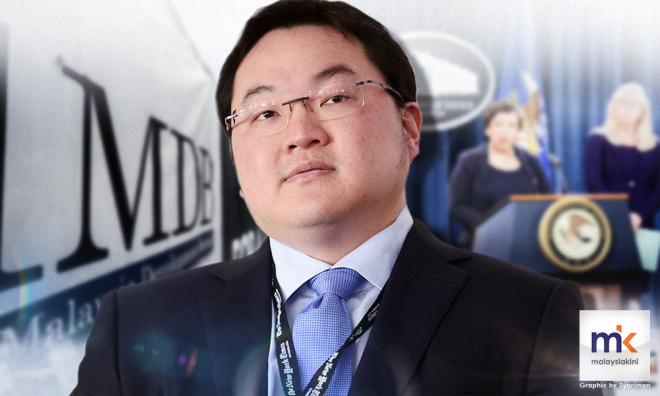 US recovers US$700m in assets allegedly acquired with 1MDB funds

US Department of Justice

The Department of Justice has reached a settlement of its civil forfeiture cases against assets acquired by Low Taek Jho, aka Jho Low, and his family using funds allegedly misappropriated from 1MDB, Malaysia’s investment development fund, and laundered through financial institutions in several jurisdictions, including the United States, Switzerland, Singapore and Luxembourg.

These assets, located in the United States, the United Kingdom and Switzerland, are estimated to be worth more than US$700 million. With the conclusion of this settlement, together with the prior disposition of other related forfeiture cases, the United States will have recovered or assisted in the recovery of more than US$1 billion in assets associated with the 1MDB international money laundering and bribery scheme. This represents the largest recovery to date under the Department’s Kleptocracy Asset Recovery Initiative and the largest civil forfeiture ever concluded by the Justice Department.

“As alleged in the complaints, Jho Low and others, including officials in Malaysia and the United Arab Emirates, engaged in a brazen multi-year conspiracy to launder money embezzled or otherwise misappropriated from 1MDB, and he used those funds, among other things, to engage in extravagant spending sprees, acquiring one-of-kind artwork and luxury real estate, gambling freely at casinos, and propping up his lavish lifestyle,” said Assistant Attorney General Brian A Benczkowski of the Justice Department’s Criminal Division.

“This settlement agreement forces Low and his family to relinquish hundreds of millions of dollars in ill-gotten gains that were intended to be used for the benefit of the Malaysian people, and it sends a signal that the United States will not be a safe haven for the proceeds of corruption."

“A staggering amount of money embezzled from 1MDB at the expense of the people of Malaysia was laundered through the purchase of big-ticket assets in the US and other nations. Thanks to this settlement, one of the men allegedly at the centre of this massive scheme will lose all access to hundreds of millions of dollars,” said US Attorney Nicola T Hanna of the Central District of California.

“The message in this case is simple: the United States is not a safe haven for pilfered funds. Our strict anti-money laundering controls are effective, and we will seize assets used by criminals to conceal ill-gotten gains.”

“Today's settlement with Jho Low demonstrates the continued commitment of the FBI to root out the fraud and selfishness of the corrupt individuals who conspired to pay bribes and launder funds which belong to the Malaysian people,” said FBI Assistant Director Terry Wade of the Criminal Investigative Division.

"The FBI's dedicated International Corruption Squads will continue to combat foreign corruption which reaches our shores. We will not allow criminals, foreign or domestic, to use the United States in furtherance of their criminal activities.”

“The action announced today will allow the United States government to deny Low the use of the assets purchased with this extraordinarily large sum of money he allegedly misappropriated from 1MDB and the people of Malaysia,” said chief Don Fort of IRS Criminal Investigations (IRS-CI).

“Low allegedly attempted to launder these funds through multiple international jurisdictions and a web of shell corporations, but his greed finally caught up with him. This case is a model for international cooperation in significant cross-border money laundering investigations”

According to the civil forfeiture complaints, from 2009 through 2015, more than US$4.5 billion in funds belonging to 1MDB were allegedly misappropriated by high-level officials of 1MDB and their associates, including Low, through a criminal conspiracy involving international money laundering and bribery.

1MDB was created by the government of Malaysia to promote economic development in Malaysia through global partnerships and foreign direct investment, and its funds were intended to be used for improving the well-being of the Malaysian people.

Under the terms of the settlement, Low, his family members, and FFP, a Cayman Islands entity serving as the trustees overseeing the assets at issue in these forfeiture actions, agreed to forfeit all assets subject to pending forfeiture complaints in which they have a potential interest.

The trustees are also required to cooperate and assist the Justice Department in the orderly transfer, management and disposition of the relevant assets. From the assets formerly managed by FFP, the United States will release US$15 million to Low’s counsel to pay for legal fees and costs.

Under the agreement, none of those fees may be returned to Low or his family members. The assets subject to the settlement agreement include high-end real estate in Beverly Hills, New York and London; a luxury boutique hotel in Beverly Hills; and tens of millions of dollars in business investments that Low allegedly made with funds traceable to misappropriated 1MDB monies.

Low separately faces charges in the Eastern District of New York for conspiring to launder billions of dollars embezzled from 1MDB and for conspiring to violate the Foreign Corrupt Practices Act by paying bribes to various Malaysian and Emirati officials, and in the District of Columbia for conspiring to make and conceal foreign and conduit campaign contributions during the United States presidential election in 2012.

The charges in the indictments are merely allegations, and defendants are presumed innocent until proven guilty beyond a reasonable doubt in a court of law. This agreement does not release any entity or individual from filed or potential criminal charges.

The assets being forfeited subject to this settlement are in addition to the nearly US$140 million in assets the US previously forfeited in connection with Low’s investment in a business entity related to the Park Lane Hotel in New York, as well as a super-yacht, valued at over US$120 million, seized by law enforcement authorities in Indonesia at the request of the Justice Department and recovered by Malaysian authorities directly from Indonesia.

The Kleptocracy Asset Recovery Initiative is led by a team of dedicated prosecutors in the Criminal Division’s Money Laundering and Asset Recovery Section, in partnership with federal law enforcement agencies, and often with US Attorney’s Offices, to forfeit the proceeds of foreign official corruption and, where appropriate, to use those recovered assets to benefit the people harmed by these acts of corruption and abuse of office.

A civil forfeiture complaint is merely an allegation that money or property was involved in or represents the proceeds of a crime. These allegations are not proven until a court awards judgment in favour of the United States.

(This is a statement by the US Department of Justice.)