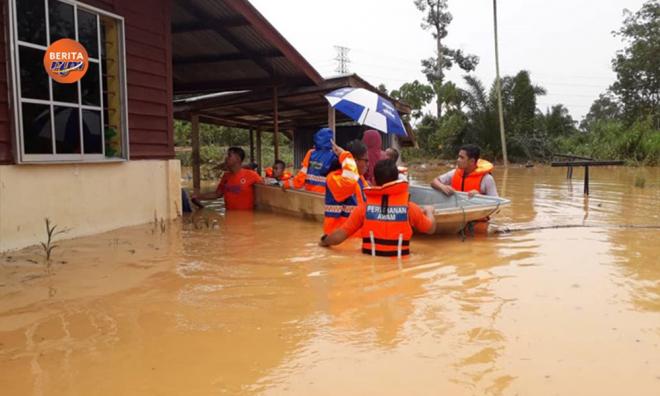 He said the monsoon rain is expected to increase by 20 to 40 percent.

"There were no floods in Kelantan last year, but this year floods may occur," he told reporters after a briefing on the Northeast Monsoon Operations Control Centre at the National Disaster Command Centre in Pulau Meranti near Cyberjaya today.

However, he said exceptional floods are not expected this year, as what had occurred in Kelantan in 2014, where over 100.000 people were displaced.

He said the northeast monsoon is expected to end in March with the rainy season in the Peninsula ending in January, after which, Sabah and Sarawak would be experiencing rain.

"After March, the second phase of the northeast monsoon will set in, bringing in dry and hot weather," he said.

"From today, Nadma has activated the central flood control centre as a precautionary measure in preparation for the northeast monsoon and the floods," he said.

Zakaria added that the flood control centre would be coordinating relief assistance on the ground nationwide.

“As a result, the floods are only for short periods, and some of the relief centres are already closed.

We expect the northeast monsoon floods to begin in mid-November,” he said.