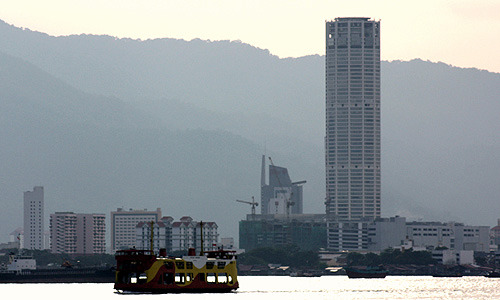 The Penang government has tabled a deficit state budget for next year, which is lower in its deficit estimate compared to budgets from the past two years.

Chow said this when presenting the budget at the State Legislative Assembly sitting, which begins today and will end on Nov 8.

He explained that the deficit estimate for the state’s 2020 budget was lower compared with that of the past two years because of projected lower spending.

"The main reason for this reduction is due to the cutting down of the development budget for Penang Development Corporation (PDC) and the Penang Water (Supply) Corporation (PBAPP)," he added, referring to the two state agencies.

"Despite the reduction in the budget allocation, the implementation of the state’s development programmes will continue unaffected."

Meanwhile, Chow said Penang was the fifth-largest state contributor to the GDP in 2018, at RM91.81 billion.

"Penang has recorded the highest amount of investment in manufacturing in Malaysia, representing 35 percent of the national FDI. The electrical and electronics sector remains the highest contributor of investment for Penang, at 93 percent," he added.

Chow also announced some goodies for Penangites, including RM50 million for welfare programmes (iSejahtera), RM26.7 million for an RM20 increase for the senior citizen annual cash award, and RM1.5 million for the disabled community.

He declared an RM4.81 million allocation for disaster aid (repairs of houses) and another RM133,900 for fires and natural disasters.

"To strengthen religious institutions, we have allocated RM4.6 million in 2019 to build new mosques and suraus, and RM3.4 million for religious schools.

"In 2020, we are allocating RM60.05 million to strengthen Muslim religious institutions," Chow added.