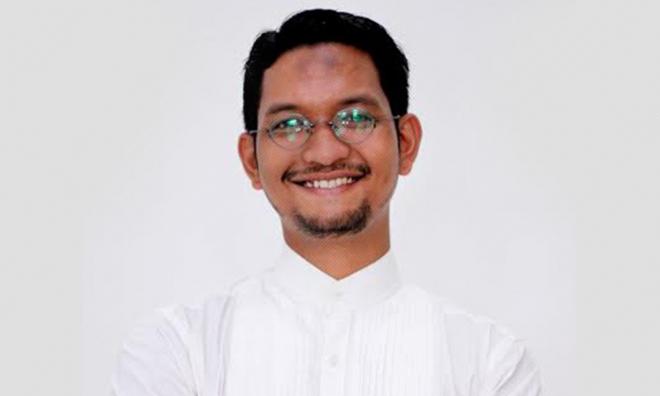 Pakatan Harapan will not be dancing to BN's tune of playing up the race card in its campaign for the Tanjung Piai by-election, a Johor state exco said today.

Instead, Paloh assemblyperson Sheikh Omar Ali (above) said Harapan's candidate Karmaine Sardini will represent all voters in the Johor parliament seat, regardless of their ethnic backgrounds.

"Looking at the Tanjung Piai by-election candidate issue from a Malay vs Chinese context only serve to strengthen the fact that BN has no concrete strategy.

"It has also no effective policy offer, no will to repair the economy and no effort to maintain unity among Malaysians," said Sheikh Omar (above) in a statement.

He also took a swipe at Kedah PAS state commissioner Ahmad Yahya's analogy that voting the Chinese MCA in Tanjung Piai is the same as buying Malay-Muslim items that are sold by Chinese salespeople.

"While they are sold by Chinese (MCA), the owners are Malay-Muslims (Umno-BN)," Ahmad said in an effort to justify PAS' support for BN candidate Wee Jeck Seng (below).

Sheikh Omar described Ahmad's comments in a Facebook posting last night as a sign that PAS is suffering from a "denial syndrome".

"Out of the blue PAS is jumping (to react) as a result of narrow racial politics which they had played up all this while.

"It is like someone calling out another person for smelling bad, but not realising they have stepped on the same smelly mess," said the DAP lawmaker who claimed that PAS is now going all out to justify its support for Wee.

"By right we should no longer use such race-based arguments," said the Lembah Pantai MP.

Ahmad had also went on to say that supporting Wee was a better choice than buying products which used a Malay-Muslim name (Bersatu) but were businesses actually owned by non-Muslims (DAP).

His comparison appears to be borne out of a desire to reconcile PAS's backing of Wee, with PAS leader Abdul Hadi Awang's (below) recent statement that it was forbidden for people of the Islamic faith to surrender power to other races who are not Muslims.

The Tanjung Piai by-election is being held following the death of its incumbent, Dr Mohd Farid Mohd Farik, 42, of heart complications on Sept 21.

The EC has set Nov 2 as nomination day and Nov 16 as polling day for the parliamentary by-election.