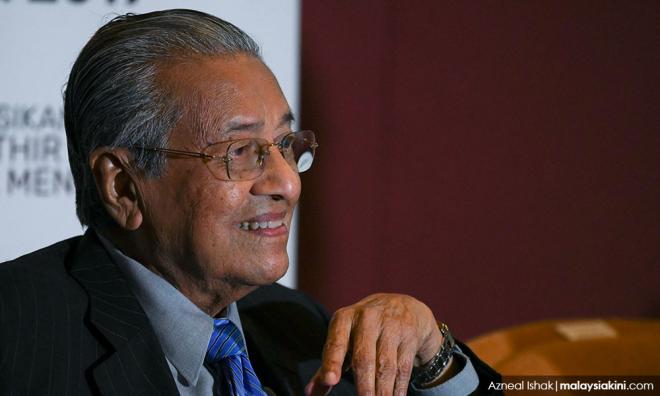 Prime Minister Dr Mahathir Mohamad today said it is not easy to conclude the Regional Comprehensive Economic Partnership (RCEP) as an agreement is needed by 16 member countries.

“We need an agreement from all 16 countries...if one country demands something and we cannot accept it, then there will be no agreement,

“Multilateral or even bilateral is not easy," said Mahathir, who is leading a Malaysian delegation to the 35th ASEAN Summit in Bangkok, told the Malaysian press.

He was commenting on the seven-year delay in concluding the RCEP.

The RCEP, which began in 2012, with a combined gross domestic product (GDP) of US$49.5 trillion, which makes up 39 per cent of the total global GDP, is set to be the world’s largest trade pact when successfully concluded.

Meanwhile, International Trade and Industry Minister Darell Leiking said matters on the RCEP was generally brought up during the Asean-China and Asean-India Summit today.

He added that only one country was still ‘not clear’ of its decision pending conclusion on some issues at home.

“Most of the terms for the RCEP have been finalised and concluded. Only one country with a ‘not clear’ decision… just wait for the leaders’ statement tomorrow,” he said.

It is believed the negotiations are still unable to come to terms in at least four outstanding chapters of the 20-chapter text, namely e-investment, e-commerce, rules of origin, and trade remedies.