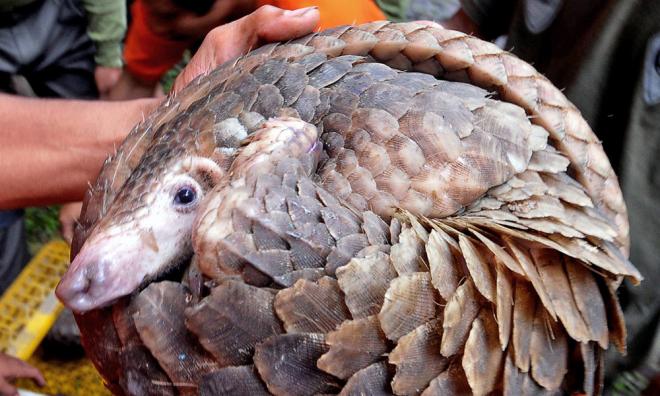 'Tiger platoon' to join hunt for poachers in Sabah and S'wak

The police's "Tiger Platoon" from the General Operations Force (PGA) will assist the relevant authorities in the war against illegal poachers in Sabah and Sarawak.

Inspector-general of police Abdul Hamid Bador said the special platoon would be mobilised to conduct patrols, track down suspects as well as carry out joint raids with enforcement officials including the Wildlife Department and the Sabah Forestry Department.

"This is not only for Sabah, but also for Sarawak. I declare open war against these irresponsible parties. In Sabah, all the five PGA battalions have been tasked with combating illegal hunting activities and the plundering of forest treasures.

"We have seen success in Peninsular Malaysia with a series of arrests involving Cambodians, Thai nationals, Vietnamese and also locals after two Senoi Praaq PGA battalions assisted the Forestry Department in fighting poachers," he said.

Abdul Hamid said this to reporters after presenting the IGP Letters of Appreciation to 16 PGA officers and staff at the 14th PGA Battalion Camp here today.

Meanwhile, Abdul Hamid (below) said the police would work hard to ensure that those caught were brought to justice.

"We will follow up with the public prosecutor's office to ensure that the perpetrators do not escape the law.

"I will hunt them down, we won't just stop at cases involving ordinary individuals, but if there is evidence of VVIPs involved by using their position to infiltrate and steal (forest treasures) we will take the same action, I will make sure they will also be tried and punished by law," he added.

The IGP said he would also convince the Attorney-General's Chambers and the government to include mandatory whipping as a deterrent sentence against illegal poaching and animal cruelty.

"I believe there should be mandatory whipping of offenders, I hope this becomes a reality," he added.