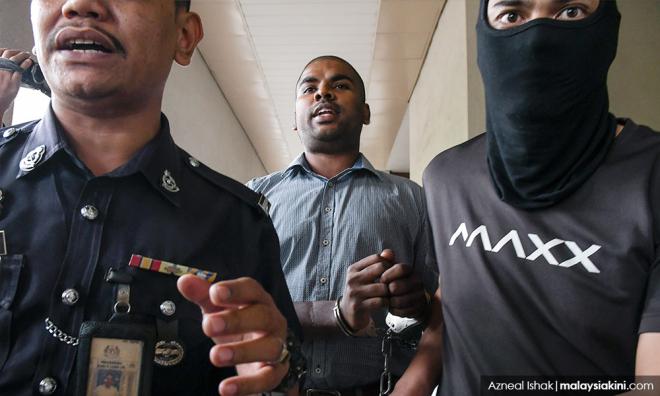 Yoursay: Police should be transparent in fight against terrorism

YOURSAY | ‘Prior to 2001, the act of supporting an insurrection in another country was not an offence in M’sia.’

Anticonmen: After so long since the end of the Sri Lankan civil war, it is mind-boggling that some people are now linking Tamil Malaysians to the conflict and the defunct, non-existent Liberation Tigers of Tamil Eelam (LTTE) organisation.

It is rather odd that there was not a single Sri Lankan Tamil among those charged.

Malaysian: PKR communications director Fahmi Fadzil said: “We believe that several provisions under Sosma should be amended to make the law in line with human rights principles."

It is odd for Fahmi to be making the statement in public because PKR and Pakatan Harapan are currently in power.

Isn’t it better for Fahmi to discuss the matter with his party leaders to bring it up to the Harapan top level or the cabinet?

Fahmi could also introduce a Private Members Bill to amend the Security Offences (Special Measures) Act (Sosma) to "make it in line with human rights principles."

It’s going to be two years soon since Harapan took over the government. Why the long wait to get rid of Sosma?

Orang Biasa: Prior to 2001, the act of supporting an insurrection in another country was not an offence in Malaysia.

In many countries around the world, there were and still are tyrannical and oppressive governments.

Sri Lanka was one of them.

Section 130 of the Penal Code concerning terrorist acts and aiding terrorists was amended without adequate discussion.

Fair Malaysian: The date that the LTTE was listed as a terrorist group by the Malaysian police was not shown. This is important.

I agree with Fahmi that terrorism has no place in Malaysia.

However, a legal challenge should be mounted to ascertain on what basis the LTTE was declared a terrorist organisation, especially long after they became defunct.

Unlike the other persons/outfits listed, the LTTE had never carried out terrorist acts outside of Sri Lanka.

Its adversarial stand has been against the majority Sinhalese government of Sri Lanka that had persecuted the Tamils for a very long time, including tortures, murders and rapes.

There was a time the then defence secretary of Sri Lanka visited Malaysia and he had been accused of war crimes and crimes against humanity.

Sri Lanka had declared that the LTTE doesn't exist in the country and all those who were LTTE members had been rehabilitated. The European Union had removed the LTTE from its terrorist organisations’ list.

When the LTTE is still on our list while the Palestinian militant organisation Hamas is not, raises eyebrows. Unlike the LTTE, Hamas has a bloody history and its terrorist activities stretched far and wide.

The argument Hamas has been defending Palestinians against the Israelis would sound hollow if the LTTE is not viewed in the same light, that it had the support of the Tamils in Sri Lanka to defend them.

Lest sympathy for the Tamils may be wrongly construed as supporting the LTTE, the Home Ministry must explain where does one draw the line between sympathising with the Tamils and their cause, and the LTTE.

Anonymous 1552474309: The police should make it clear to the public which organisations or cause that cannot be supported.

Imagine if a person is being sympathetic to the Hong Kong democracy plight and possesses some material out of good intention of defending democracy against authoritarianism, and then suddenly the Malaysian police declare the protest movement as terrorism.

Tango Bug: We should not support any organisation or cause considered as “terrorism” by the authorities regardless of their plight.

One should always go on facts rather than intentions.

As for defending “democracy” against “authoritarianism”, one would make one’s own intentions irrelevant if the factual basis of the application of the term is incorrect.

Fernz: The Malaysian police’s latest list on organisations, or ideologies, which are deemed as terrorists should be updated in conformity with international law, which is based on international customary practices.

Kangkuong: If the LTTE can be suddenly “reactivated” as a terrorist organisation by the government after it was officially declared defunct a decade ago, what's stopping the police in the future from claiming the Malayan Communist Party as a terrorist group (like during the late 1950s and 60s), and charge any rakyat with family ties to China?

Wira: Fahmi, it is a good call to ask the police to clearly state when an organisation is labelled unlawful.

Malaysians don't know when the authorities may suddenly label a defunct organisation a terrorist organisation and arrest commentators who have an academic interest on the issue.

Lovemalaysia2: In order for the law against aiding or assisting terrorist organisations, a transparent list must be published.

How it is decided must also be clear. For example, Turkey has labelled the Kurdish militia fighters YPG as terrorists but they have been invaluable in fighting Islamic State (IS) alongside the US.

So what is our position on these and other organisations?