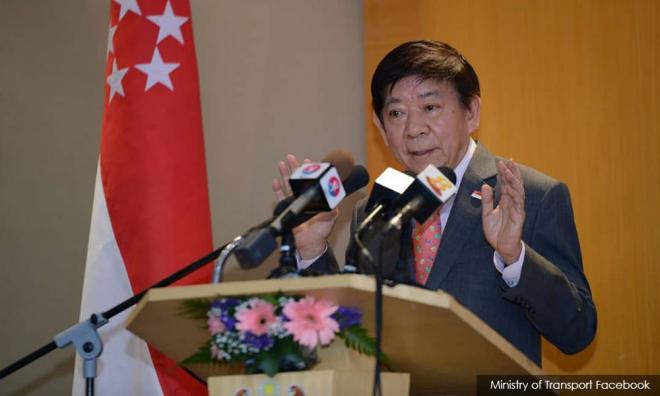 Malaysia gets another RTS reprieve

“In a written parliamentary reply on Monday (Nov 4), Khaw revealed that Malaysia had requested on Oct 29 to extend the suspension of the RTS project for a third time, till April 30, 2020.

“Singapore agreed to the six-month suspension in the spirit of bilateral cooperation," he said in the article.

Malaysia had requested to suspend RTS project until Sept 30 before making a second request for more time until Oct 31.

On Oct 31, Prime Minister Dr Mahathir Mohamad announced that Malaysia will proceed with the project at a lower cost but did not mention any request to extend the suspension period.

Published on Oct 31, the article claimed that Putrajaya had not made a decision on the RTS and sought a six-month extension to review the project.

Loke labelled it “misleading and unethical journalism", linking the article to the daily’s owners MCA and the ongoing Tanjung Piai by-election.

In the Straits Times report, Khaw said Malaysia and Singapore will need to sign a total of three agreements once the extension expires.

These are an SMRT (Singapore)-Prasarana (Malaysia) joint venture agreement to operate the RTS; a concession agreement for both countries to appoint the joint venture; and an amended RTS Link Bilateral Agreement.

According to Khaw, the bilateral agreement needed to be amended as Malaysia had proposed changes to the project.

However, Malaysia did not provide any “details” on the said changes.

"Without the details, Malaysia's proposal is incomplete and Singapore is unable to make a thorough assessment of the technical and commercial feasibility of the proposal," Khaw was quoted as saying.

He also said Singapore was not obliged to agree with any of Malaysia’s proposals.

"While we are not obliged to accept Malaysia's proposed changes, we will continue to keep an open mind and assess them carefully and objectively," Khaw said.

Loke told the Dewan Rakyat yesterday that the RTS project will run on a light rail transit system rather than Singapore’s mass rail transit.

Loke is slated to hold a press conference in Parliament today.