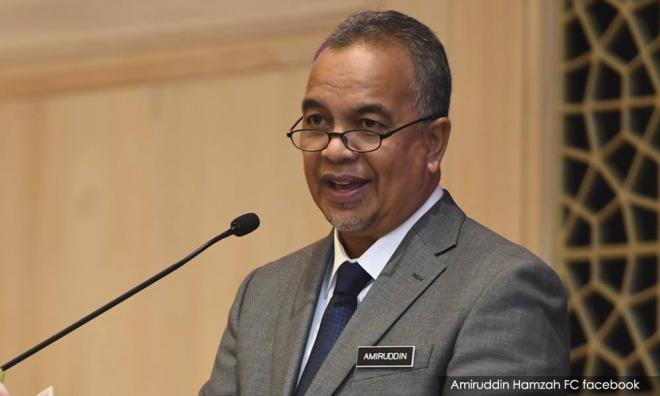 This was to ensure a competitive financial cost which would not burden the government, he said.

“The government’s financing requirements are obtained through the issuance of government bonds and sukuk from local and foreign sources, in line with the financial procedures set according to the terms in the Loan (Local) Act 1959, Funding Act 1983 and External Loans Act 1963.

“The (Samurai) loans are only raised to finance development expenditures and refinancing loans that have matured,” he said in reply to Ahmad Amzad Mohamed (PAS-Kuala Terengganu) in relation to the purpose of issuing a second Samurai bond at the Dewan Rakyat today.

Recently, Prime Minister Dr Mahathir Mohamad announced the offer made by Japan for Malaysia to issue the second Samurai bond at an interest rate of 0.5 percent compared with 0.63 percent previously.

Amiruddin said the government’s debt commitment would be made based on plans formulated earlier, besides simultaneously redeeming the old debt.

He said this in reply to a supplementary question from Hasan Abdul Karim (PH-Pasir Gudang) regarding the authenticity of the government bond statistics issued by Putrajaya this year as reported by a financial daily last month.

Amiruddin said from January to August this year, the debt issuance amounted to RM102.2 billion, while debt redemption during the same period totalled RM38.8 billion, giving a net issuance of RM63.4 billion.

“If only the total debt of RM102.2 billion is taken, and say that we owe more than what we announced in Parliament, this will only mislead the public,” he said.

“This makes the total net issuance (debt) redeemed more than the amount we issued. This shows that we have done (debt issuance) in accordance with a careful plan." - Bernama