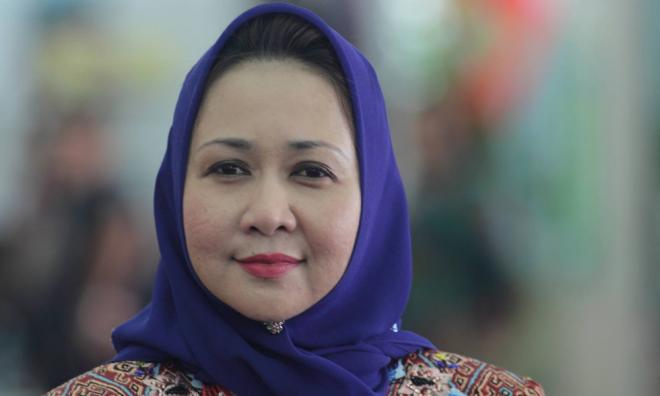 The Sarawak government will take legal action against Petronas for allegedly failing to pay sales taxes on petroleum products, according to a report by The Star today.

“As highlighted by the Chief Minister (Abang Johari Openg), the government will allow the law to take its course.

“It goes without saying that the state government will vigorously pursue the matter and the relevant authorities have already put everything required in place for this purpose,” state Law, State-Federal Relations and Project Monitoring assistant minister Sharifah Hasidah Sayeed Aman Ghazali (photo) was quoted as saying.

Petronas reportedly owes RM1.2 billion for the five percent tax, which is imposed under the State Sales Tax Ordinance 1998. The tax was extended to include petroleum products such as crude oil, natural gas, and chemical-based fertilisers effective this year.

Sharifah said the state will “utilise all legal avenues” to collect the amount from Petronas as soon as possible.

Meanwhile, Borneo Post quoted her saying an assessment statement for the sales tax had been sent to Petronas in September, but the company had been silent.

“At the beginning of our negotiation, they (Petronas) asked us not to take legal action. After all the talking and negotiation with them, and after we issued them the notice, which is also under the law, there is still nothing from them,” she said.

The national oil company would have to pay more the longer it delays in paying the tax, she added.

Abang Johari had announced the state sales tax would cover petroleum products when tabling the state budget for 2019 last year. He had said it is expected to generate RM3.897 billion in revenue for Sarawak this year.