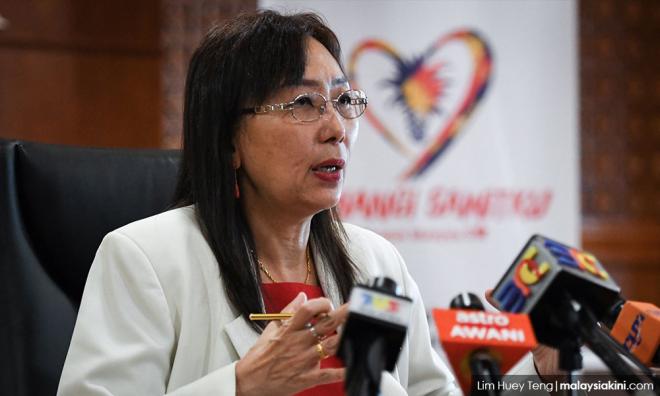 Orang Asli smallholders who cultivate oil palm only need to submit the land ownership documents to apply for the Malaysian Sustainable Palm Oil Certification (MSPO) which will be mandatory beginning next year.

"If Jakoa can verify that the Orang Asli concerned are the rightful owners of the land under oil palm, then they can obtain the MSPO certification.

“The certification is important so that we can have a louder voice to counter the negative perception by some countries on Malaysian palm oil and hence, ensure its competitiveness in the global market,” she told a press conference after attending the MSPO briefing and dialogue with oil palm smallholders in Kuantan today.

Kok was commenting on the difficulty faced by Orang Asli smallholders in obtaining the MSPO certification, as the mandatory requirement of the application was land ownership.

She assured oil palm smallholders owning land below 40.47 hectares (100 acres) that their licences would not be suspended even though the MSPO certification comes into effect on Jan 1 next year.

"This only applies on those owning oil palm estates of more than 100 acres and this has been announced since last month to give ample time to those who have yet to submit their applications,” she said.

However, in Pahang, the MSPO adoption is still low at only 3.7 percent of the total 53,000 hectares and Kok hoped the Pahang state government could assist in raising awareness of the importance of the certification.

"We also hope more oil palm growers and smallholders apply for the MSPO certification with only two months left for us to achieve the 70 percent certification level, if not 100 percent,” she said.