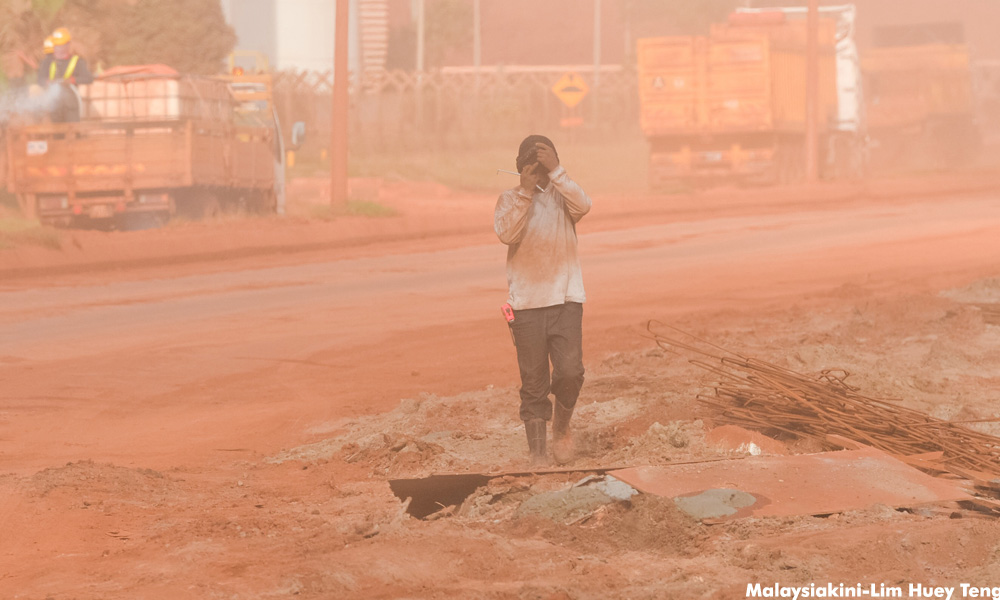 The implementation of a six-month period, to test the effectiveness of the new standard operating procedure (SOP) for mining and exporting bauxite, shows the government’s seriousness in addressing pollution issues due to the activity.

Stop Bauxite Pollution People's Movement (Geram) chairperson Ali Akbar Othman said the trial period should be fully utilised to find out if there are loopholes in the SOP before it is fully implemented.

"Looking at the new SOP, I see that it is comprehensive and covers all aspects. However, we would like to know how it would be implemented as we don't want it to look good just on paper.

"Companies, contractors and all parties involved and have been approved to participate in the trial must also be serious in finding solutions to the problems that have occurred before," he said when contacted by Bernama in Kuantan.

Ali Akbar was commenting on a statement by Minister of Water, Land and Natural Resources Dr Xavier Jayakumar at the Dewan Rakyat on Monday that the Pahang state government had agreed to the six-month trial for a new bauxite SOP before the bauxite mining activities could be resumed.

Bauxite mining carried out in several areas around the Kuantan district, especially in Felda Bukit Goh, was halted on Jan 15, 2015, through the enforcement of a moratorium following pollution issues that led to Kuantan being dubbed 'Mars Planet' for being covered in red dust.

Xavier (photo) also confirmed that though the bauxite mining moratorium ended on March 31, no mining activity or export of bauxite would be allowed until the new SOP is finalised.

Ali Akbar also said among critical issues that needed to be resolved during the trial period were enforcement aspects because, though comprehensive, the SOP would be meaningless if no action was taken on that aspect.

Meanwhile, Pahang Mineral Operators Association vice-president Yap Soon Huat hoped the mining activities that had ceased for quite some time would be able to resume smoothly and operate in compliance with new laws and SOP, following the expiry of the trial period.

Yap said licensed contractors and mining companies had no problem in complying with the SOP, as they were aware that environmental issues were a priority for everyone, including themselves.

"Our concern lies in those who engage in this activity illegally because, in the past, unlicensed operators caused a lot of pollution because they were not bound by the stipulated rules and regulations.

"We, who had been conducting mining activities legally, are subject to inspection by various agencies such as the Department of Minerals and Geoscience and the Department of Environment, making us more aware of the legal requirements," he said.

In this regard, Yap said they are prepared to cooperate and act as the eyes and ears of the government by reporting on illegal bauxite mining activities to the authorities for appropriate action to be taken.

governance
environment
health and safety
bauxite mining
sop
geram
Related Reports
Gov't to allow more bauxite mines if new SOP works
a year ago
Pahang to carefully screen applications to mine bauxite
a year ago
Malaysia firms up on bauxite mining, export operating procedures
a year ago
No bauxite mining megaproject in Kota Tinggi, says Johor gov't
a year ago