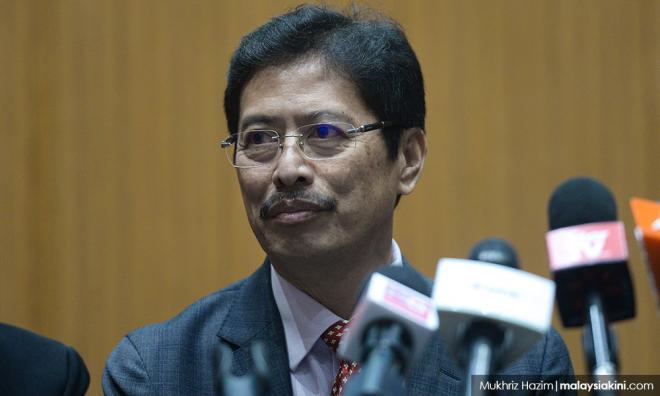 41 recipients of 1MDB money have appeared in court - MACC

Forty-one individuals and entities who allegedly received 1MDB money totalling RM270 million from Najib Razak's personal account have appeared in court in response to forfeiture suits filed against them.

Malaysian Anti-Corruption Commission (MACC) deputy chief commissioner Azam Baki (above) said that most of these cases have been resolved.

“Almost all the cases (of the 41 individuals and entities) brought to court have been resolved.

“The cases are being handled by the Attorney-General… with some of the leftover (1MDB-related money) having been forfeited under Section 56 of the Anti-Money Laundering Act,” he told reporters after the ‘War on Corruption with Government Enforcement Agencies’ programme at the Labuan International School Auditorium.

Azam also said the 1MDB-related cases initiated through the issuance of compounds to 80 recipients are ongoing.

Touching on the case of two Sabah Education Department officers being charged with corruption recently, he said it would be unfair to view the department negatively just because of these cases.

“Although the issue has cropped up, we must not assume the whole organisation of the department is involved in corruption.

“Nevertheless, if it did happen, it is not a good indicator to me because as academicians they should not be involved,” he said.

Azam said MACC had received reports about wrongdoing in education departments, but it was not at a serious level.

“We hope the Ministry of Education will relook the issues on power abuse or irregularities in all education departments involving teachers and headmasters,” he said.

Noraini upset PAC probe on VEP turned into 'Tg Piai election fodder'
6 Nov 2019
PM: When cash was king, those not into corruption were seen as stupid
5 Nov 2019
MACC chief: Not one, but all 16 land swap deals to be probed
5 Nov 2019
Ex-minister, two former deputies accused of pocketing Sedic funds
4 Nov 2019