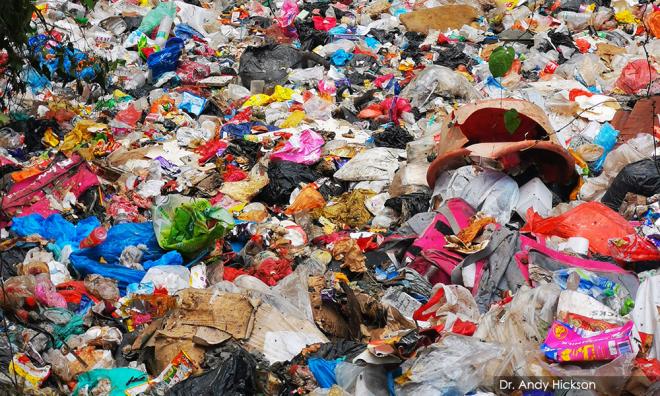 Pushing rubbish out of sight, out of mind

COMMENT | This week I found myself at the centre of a social media storm when an Instagram post I put up went viral and was picked up by over 20 national news outlets, the BBC, several radio stations and tens of thousands of netizens. The interest has not stopped. I am still receiving 100’s of messages of support and my post continues to be shared.

Only one official news site actually got in touch with me to find out the background story, verify facts and collaborate with me to engage the local community in finding out the history behind all the hype - Malaysiakini.

Let me be clear that I am not against raising this issue. In fact I applaud it, but and this is a big but, what if this had been fake news? What if I had staged it all? On such an important environmental problem, one that affects all of us, why did the media who subsequently reported it, not, at the very least, verify the information? It’s what I tell my children all the time: “Don’t just repost and share stories on Facebook without at least doing a basic fact check.”

This story became a real life case study for students at HELP University. They study Communication and media and this story is all about the communication of ideas and the media. Some of them are still working on it now, and are starting environmental campaigns of their own, including jungle clean-ups, petitioning FoodPanda and other major companies to take responsibility for their garbage and ensure that, if not recycled, at least it goes to official dumping sites.

I should add that this is one of many ‘real-life’ projects and actions that students from my Faculty get involved in. This helps prepare them for work in the real world once they leave university.

This media storm started last week when I undertook a jungle trek with some Orang Asli friends of mine who live in Gombak. On this trek we came across some historical sites of importance, including Malaysia’s first hydroelectric dam, now a beautiful waterfall, and an old colonial house, owned by Lord Cranbrook, that has now fallen into ruin.

On our way back out of the jungle we came across several illegal dump sites. I was shocked. Much of Gombak still has a lot of lovely looking pristine jungle and these dump sites stick out like a sore thumb.

The largest one I featured in the short video that I posted on Instagram and Facebook featured, amongst the rubbish, many Foodpanda bags. They shone out like blood amongst the rest of the rubbish due to their pink colour.

I thought the posts would just be shared and liked by a few friends, and was surprised the next day when I saw them going viral.

I was and still am angry at the general lack of social responsibility towards our environment. Illegal dumping, saving a few bucks, is but one example.

Malaysia is not the only culprit. It happens all over the world, even in my home town near Bristol in the UK. Some of the worst examples I have experienced are in Russia where I have come across illegal dumpsites lasting many miles along forested roads.

In my story, Foodpanda was highlighted due to the sight of so many Foodpanda bags within the rubbish. I do not believe that Foodpanda disposed of the bags illegally themselves. I believe what has happened is that the contractors or their associates tasked with disposing of the rubbish chose to save money by dumping it illegally in a well known illegal dumping ground.

The fact remains that no one down the chain took responsibility to ensure that the rubbish was effectively disposed of. The key word here is "responsibility". We push the responsibility on to other people. We are all aware of these illegal dumping grounds, but as long as we ourselves did not physically do the dumping, then we are apparently absolved of any responsibility.

I did some digging (if you will excuse the pun) on the internet and discussed the situation with members of the local community in Gombak. According to these sources, illegal dumping of rubbish has been going on for many years. I found reports online as far back as 2005, and locals tell me that they remember it as far back as the 1980’s.

The local council is apparently aware and has been for a long time. It appears that the method used to clear up this rubbish is not to collect and take it out of the jungle, but rather to bulldoze it further into the jungle and eventually cover it up with earth and other debris, effectively making an illegal dumpsite into a landfill.

Although this has the effect of ‘hiding’ the rubbish the knock on effect is that it is causing lasting damage to the environment. Locals have told me that the river is polluted due to this continued pressure of illegal dumping and that many people have become sick as a result of it, including children.

Yesterday I went back to the site to recheck what I had seen. I passed a bulldozer leaving the scene. It had just pushed all the illegally dumped rubbish from one of the jungle sites into the ravine, hiding it from the view from the road.

Then I came across another illegal dump site just up the road, that was fresh, 2-days old. The culprits had been caught on camera and there as clear as day were all their dumped rubbish littering the jungle.

Who are the local community of Gombak? The people most affected by illegal dumping and polluted rivers are the Orang Asli. They have been shouting about this issue for years, but no one has been listening to them.

On my last visit to the original site in question, all the rubbish, including the Foodpanda bags were still there. The authorities had been to view the site as there was plastic ‘ticker-tape’ sealing off the site.

While there I witnessed several visitors stopping to take photos. It seems that it has become a tourist attraction.

Foodpanda reached out to me for a meeting which we had yesterday. They expressed their concern and a willingness to sort out the situation. They listened to my suggestions as to what could make a difference, and said they would undertake their own internal investigation.

Although they said that if and when they took action to remove the rubbish, they would not just remove the Foodpanda bags, but other rubbish as well, they added that they would not do anything until the local council had undertaken their own clearing up action. To date I have had no other communications with Foodpanda.

These were suggestions to Foodpanda from myself, some of my students and members of the Gombak community: undertake a major clean-up of the whole area; sponsor student and local volunteers to regularly clean and monitor the area; undertake tree-planting schemes in the area; involve local groups such as the Jungle School who already do great environmental work in the area; pay local Orang Asli to monitor and report illegal dumping; install solar powered CCTV that could be monitored and maintained by local Orang Asli; improve delivery bags for longer life and even recycling possibilities; educate workers on how to dispose of bags and other trash correctly; ensure that contractors provide receipts of proper disposal, sponsor local eco-projects and involve local Orang Asli by paying them a proper wage to help keep the area clean and pristine.

Finally, I want to repeat that we all need to take responsibility for our environment. We only have one; once it’s gone, it’s gone. We can all do small things like recycling, not using disposable plastic and so on.

Most of all, we need to speak out. Speak up when you see things that are not right. It is only by finding ways to effectively communicate our ideas, our issues, our passions, our thoughts that we can make a positive change to our world, to our society and ultimately to ourselves.

(The views contained in this article are personal to the author and not attributed to HELP University.)

Prof ANDY HICKSON is Dean of the Faculty of Arts and Communication at HELP University. His background is theatre, film and the creative arts. He spent several years living with the Orang Asli in Kelantan, and currently resides in Kuala Lumpur with his wife and children.

environment
pollution
rubbish
gombak
orang asli
foodpanda
Related Reports
Foodpanda to visit jungle site where rider bags dumped
a year ago
Negri govt insists it wants waste centre relocated or closed
a year ago
Haze gone but river polluters are back at their dirty acts
a year ago
Oil palm waste dump site in Pajam is illegal, says state exco
a year ago