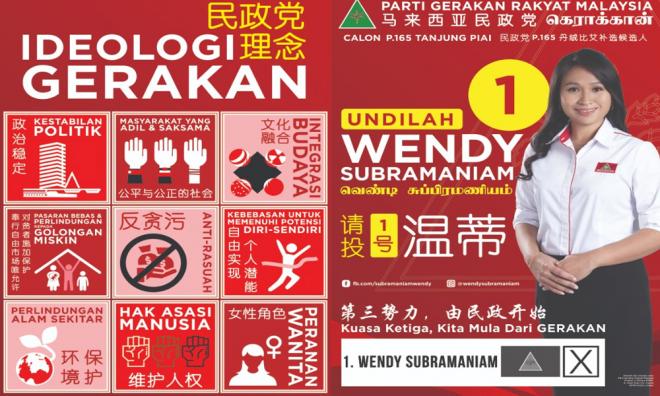 TG PIAI POLLS | Gerakan today announced its manifesto in conjunction with the Tanjung Piai by-election which outlined three key issues to ensure the well-being of the people in the constituency.

The manifesto was announced by its president Dominic Lau with Gerakan candidate Wendy Subramaniam (above) in Gerakan's main by-election operations room today.

In the manifesto, the three key areas to be given attention are economy, social welfare and cost of living.

Meanwhile, Wendy said she would focus on developing the tourism potential of the area in order to attract local and foreign tourists to Tanjung Piai, thus increasing the income of its people.

"Improving and enhancing the tourism sector is the first thing that I will work on if elected," she said.

Polling for the by-election was set on Nov 16 following the death of Md Farid Md Rafik, 42, from Pakatan Harapan on Sept 21 of heart complications.