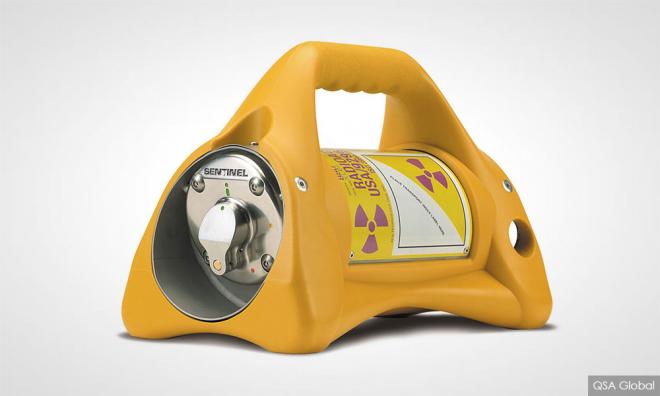 The reported radioactive leak at Pos Aviation terminal of the KLIA Cargo Village in Sepang today has turned out to be a scare.

The Selangor Fire and Rescue Department (JBPM) explained that an investigation confirmed that there was no leak as feared.

Its assistant director of operations, Hafisham Mohd Noor, said checks jointly conducted by his department and the Atomic Energy Licensing Board (AELB) found that wetness was detected at the bottom of a box containing Iridium 192 Metal Solid but there was no leakage.

The Fire and Rescue Department received an emergency call at 10.42am and sent two fire engines from the KLIA Fire and Rescue Station, together with a Hazardous Materials Management Unit (Hazmat) team to the location, he said.

Hafisham said AELB was also called in to check the possibility of a radioactive leak from one of the two boxes containing iridium-192 metal solids, a radioactive material for medical use.

"After a thorough inspection, AELB confirmed that there was no leak and the wet patch under the box might have been caused by other elements, non-radioactive,” he told reporters gathered in front of KLIA Cargo Village.

The incident had forced staff to be evacuated from the building and operations to be suspended, as confirmed by Pos Aviation, which provides ground handling and cargo handling services.

Hafisham said the area was declared safe at 3.30pm after checks were conducted and all the 40 workers have been allowed to return to work.

However, the area where the box containing radioactive material was kept remains sealed for further checks while waiting for the company which had delivered the box to collect it back, he said.

Hafisham praised three Pos Aviation employees for their alertness in informing the Fire Department after detecting the wet patch on the box.

"As a precautionary measure, all three have been placed under observation by the Health Ministry to ensure they were not exposed to any side effects,” he added.

Hafisham said the wet patch could not have been caused by rainwater as the area was covered and closely guarded.

In a statement, Pos Malaysia Berhad said the cargo package was found dented upon arrival and was immediately placed into the Dangerous Goods Room.

It said the Pos Aviation Cargo Terminal Building at KLIA was ordered to stop its operations and 211 personnel were evacuated.

The Airport Fire and Rescue squad, Hazmat team as well as the AELB carried out further inspection and have ensured that the building is free of radiation and operations have resumed.

It further said that the cargo package has been isolated and quarantined as part of Pos Malaysia's standard operating procedures and all quarantined personnel have been discharged and have returned to work.