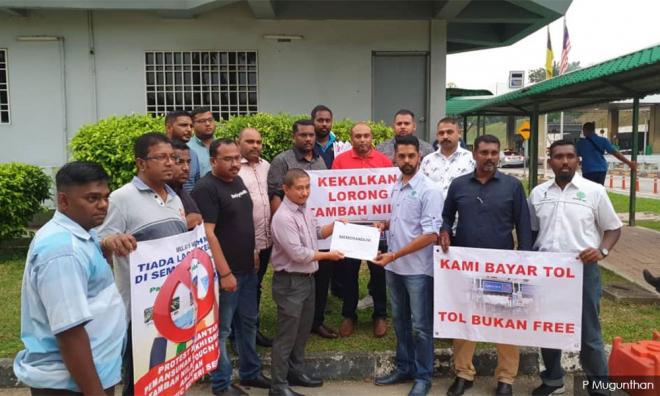 Plus Malaysia Berhad (Plus) has been urged to gather feedback from the public before committing to its decision to shut down Touch 'n Go (T'nG) reload lanes on toll highways.

Negeri Sembilan MIC Youth wing chief Ramis Balakrishnan said the move to close the lanes would have a more adverse effect on road users than in solving traffic congestion, as claimed by Plus.

transport
toll
plus
mic
protest
Related Reports
Touch ’n Go user hit with RM1.8k in duplicate charges
4 years ago
Toll rebate for Plus electronic users on Xmas Day
7 years ago
Better for gov't to take over Plus
11 years ago
Samys favouritism for Touch 'N Go
17 years ago