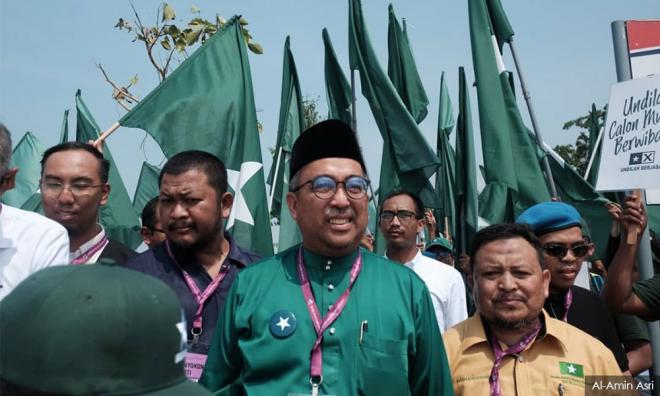 Can Berjasa capitalise on Malay-Muslim sentiment to stage an upset?

TANJUNG PIAI POLLS | Berjasa president Badhrulhisham Abd Aziz, who is contesting in the Tanjung Piai by-election in Johor, is confident of winning the parliamentary seat with a 2,000 vote majority.

He is hoping to capitalise on Malay-Muslim unhappiness with BN fielding MCA’s Wee Jeck Seng instead of a Malay-Muslim candidate from Umno.

The Islamist party has two main target groups, the first being PAS supporters who gave Berjasa 2,962 votes in the 14th general election when it contested Tanjung Piai on a PAS ticket.

PAS, which has entered into a formal alliance with Umno, is backing Wee and its president Abdul Hadi Awang said this is because the MCA man is not an extremist non-Muslim.

Given the current political climate which is centered on racial and religious issues, it is not impossible for a PAS splinter party to steal votes from Umno.