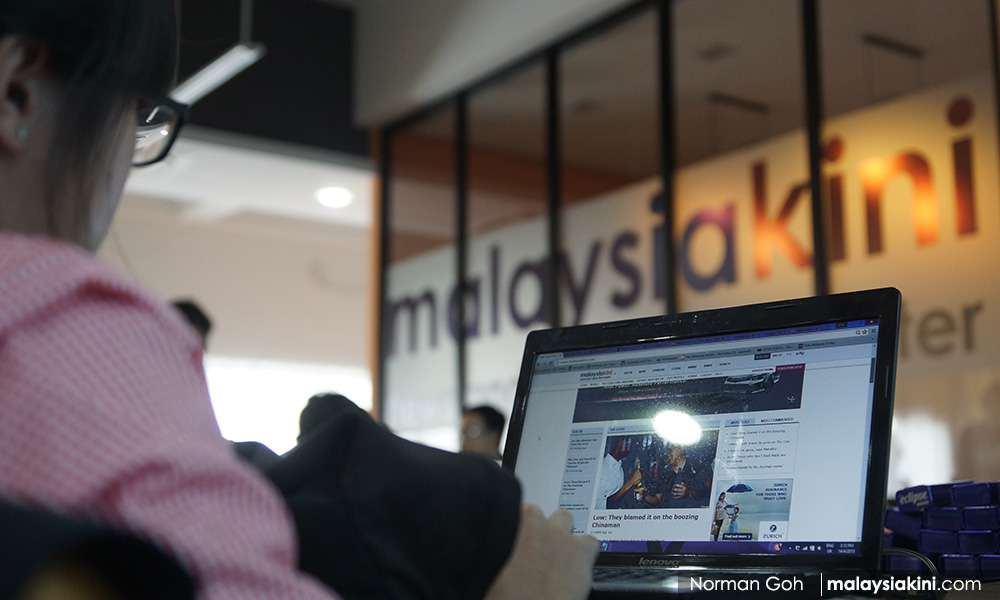 Malaysiakini is Malaysia's top choice for online news for the third year in a row, according to a survey commissioned by the Reuters Institute for the Study of Journalism.

According to the institute's Digital News Report 2019, 44 percent of their survey respondents had used Malaysiakini as a source of their news over the past week, while 23 percent had done so over the past three days or more.

The Star Online was in second place followed by Astro Awani Online.

Meanwhile, Radio Television Malaysia (RTM) was interestingly regarded as Malaysia's most trusted media organisation, up from the eighth spot the year before.

Malaysiakini ranked fifth, down one spot from last year and just ahead of The Star, but trailing four TV stations - RTM, Astro Awani, NTV7 and TV3 News.

The survey was conducted by pollster YouGov between January and the beginning of February 2019. The number of Malaysian respondents is unknown but the institute said that it was representative of the online population of each country and weighted.

"It is also important to note that online surveys rely on recall, which is often imperfect or subject to biases. We have tried to mitigate these risks through careful questionnaire design and testing.

"On the other hand, surveys can be a good way of capturing fragmented media consumption across platforms (e.g. social media, messaging, apps, and websites), and tracking activities and changes over time," said the institute, according to its website.

Malaysia was only included in the Digital News Report beginning 2017.