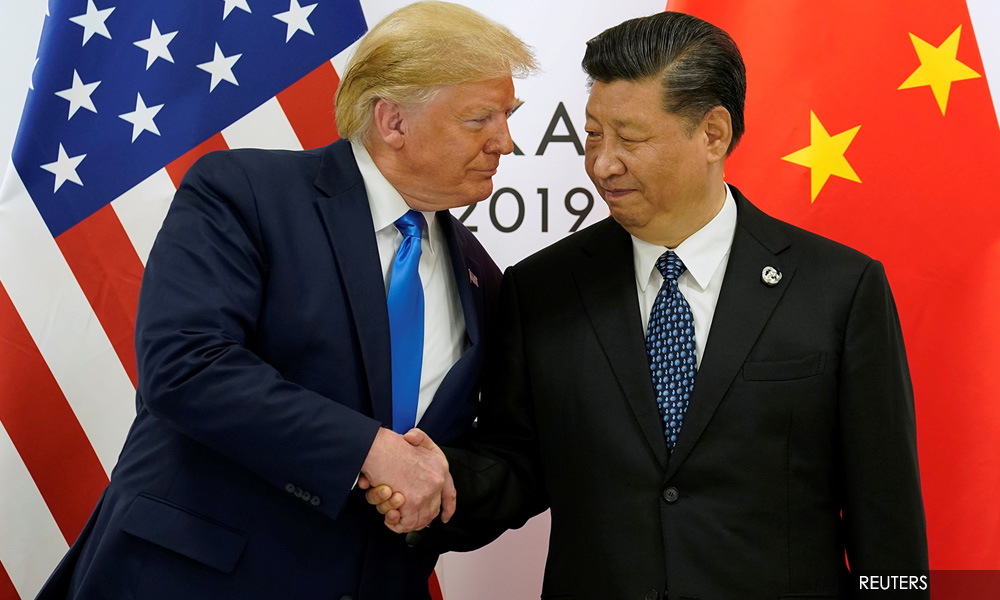 President Donald Trump on Friday said he has not agreed to rollbacks of US tariffs sought by China, sparking fresh doubts about when the world’s two largest economies may end a 16-month trade war that has slowed global growth.

Officials from both countries on Thursday said China and the United States had agreed to roll back tariffs on each others’ goods in a “phase one” trade deal. But the idea of tariff rollbacks met with stiff opposition within the Trump administration, Reuters reported later on Thursday.

Those divisions were on full display on Friday, when Trump - who has repeatedly described himself as “Tariff Man” - told reporters at the White House that he had not agreed to reduce tariffs already put in place.

“China would like to get somewhat of a rollback, not a complete rollback, ‘cause they know I won’t do it,” Trump said. “I haven’t agreed to anything.”

He said China wanted to make a deal more than he did, adding that the US tariffs were generating “billions” for US coffers. “I’m very happy right now. We’re taking in billions of dollars,” he said.

US stocks dipped after Trump’s comments, and the dollar fell against the yen, stalling a rally fuelled by trade deal optimism that took major indexes to record levels.

Trump also said the trade deal with China, if completed, would be signed in the United States. “Assuming we’d get it ... it could be Iowa or farm country or some place like that. It will be in our country,” he said.

The farm state of Iowa has been hammered by China’s retaliatory tariffs on US soybeans, pork and other farm products, but has longstanding connections to Chinese President Xi Jinping.

“It’s not a flat denial,” Hu tweeted. “What’s certain is that if there’s no rollback of tariffs, there will be no phase 1 deal.”

Experts inside and outside the US government warn that the “phase one” trade pact could still fall apart. US officials said a lot of work remained to be done when Trump announced the outlines of an interim deal last month, and Beijing has since pushed back on US demands for big agricultural purchases, among other issues.

White House trade adviser Peter Navarro, one of the Trump administration’s loudest anti-China voices, lashed out at journalists on Friday in an e-mail, accusing them of being “played” by Chinese “propagandists” who were falsely stating that the two sides had agreed to cancel tariffs in phases.

Navarro complained that too many reports relied on anonymous sources and said only Trump and US Trade Representative Robert Lighthizer should be quoted on stories about the China trade negotiations.

The USTR has not responded to queries about tariff rollbacks.

“For the good of the country, this anonymous sourcing circus must stop. In a haste to scoop their competition, too many reporters are running the very real risk of getting played, getting it wrong, and hurting this country,” Navarro said.

Trump has used tariffs on billions of dollars of Chinese goods as his primary weapon in the protracted trade war, which is aimed at forcing major changes in China’s trade and industrial policies.

The United States is demanding that China end the theft and forced transfer of American intellectual property and curb subsidies to state-owned enterprises, while granting US companies more access to China’s markets. Trump also wants China to vastly increase its purchases of US farm products.

China and the United States were on the brink of reaching a deal in May when Beijing backed away from it, prompting Trump to raise tariff rates and embark on new rounds of punitive duties.

If an interim deal is finished and signed, it is widely expected to include a US pledge to scrap tariffs scheduled for Dec 15 on about US$156 billion worth of Chinese imports, including cell phones, laptop computers and toys.

But China was also seeking cancellation of other US tariffs put in place since July 2018. Chinese Commerce Ministry spokesman Gao Feng on Thursday said both countries must simultaneously cancel some tariffs on each other’s goods to reach the “phase one” pact.