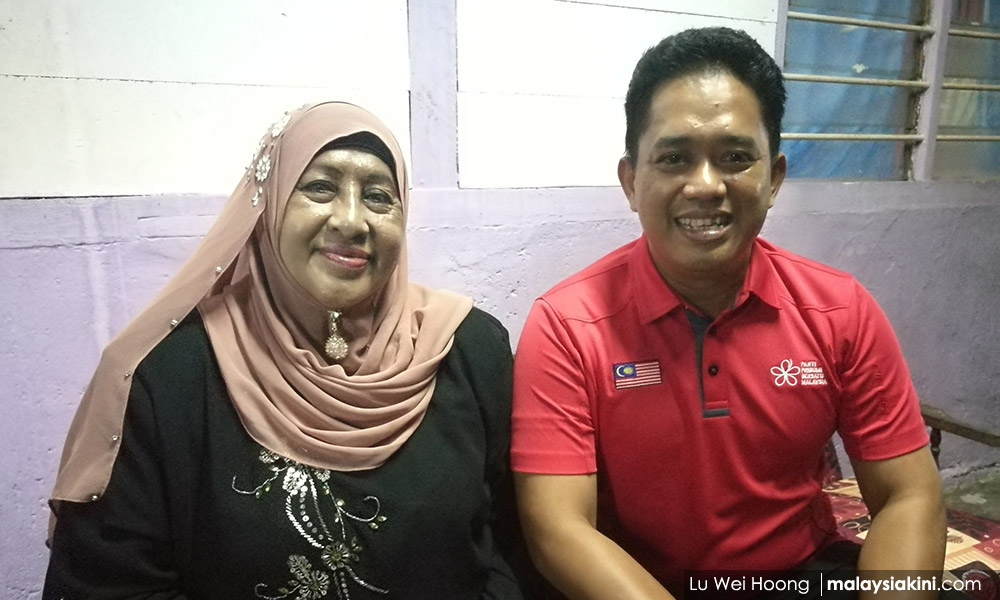 The various development programmes envisioned and planned by the late Dr Md Farid Md Rafik for Tanjung Piai must not be derailed in the interest of the parliamentary constituency.

His mother, Norma Mohamed (above), called on the Tanjung Piai electorate to throw their support behind Pakatan Harapan candidate Karmaine Sardini in the coming by-election and help continue her son’s legacy through the programmes.

“There is nothing to hide, these are not election goodies, they are all a continuation of his (Md Farid’s) work.

“These are his gifts and I hope the people of Tanjung Piai will be able to gauge and benefit from what he had planned for us.

"If any other party were to oversee (the constituency), it is not impossible that there could be disruptions (to the proposed development plans). Never has this place seen development like how my late son had planned and envisioned.

“He may not get to see them (plans) realised, but we can. If another party were to win here, will the people get anything? These are all political games. Do not sacrifice Tanjung Piai for political ego. You will win the battle but lose the war if that happens, so please think about it wisely,” Norma said

Norma, who is affectionately referred to as Mak Ne, said this in a recent interview with Bernama, New Straits Times and The Star at her home in Serkat, which is about 35 minutes drive from Pontian town.

As she made guests feel at home, Norma talked about her son’s plans for development and in improving the standard of living of the local community by upgrading infrastructure such roads, street lights, jetties and school halls.

"That was what he had planned. A good road system is important for tourism development in this area. He had applied for works on these projects to be hastened and he hoped to accomplish them during his term.

"He felt responsible and wanted the projects to be completed well. However these developments take time as they have to go through tender processes and contractors,” she said.

When talking about her son’s personality traits, Norma said Dr Md Farid would usually interact with the villagers directly instead of listening to third parties in resolving issues.

The Election Commission has set Nov 16 as polling day for the Tanjung Piai by-election and Nov 12 for early voting.

elections
tanjung piai
md farid md rafik
by-election
Related Reports
PH not dominated by a single party - Muhyiddin
a year ago
Free SIM cards at Harapan do, MCA cries foul
a year ago
Perak MB sparks outrage and 10 things that happened yesterday
a year ago
Saddiq hopes Perak MB-DAP tiff resolved 'in the family' but evasive on apology
a year ago