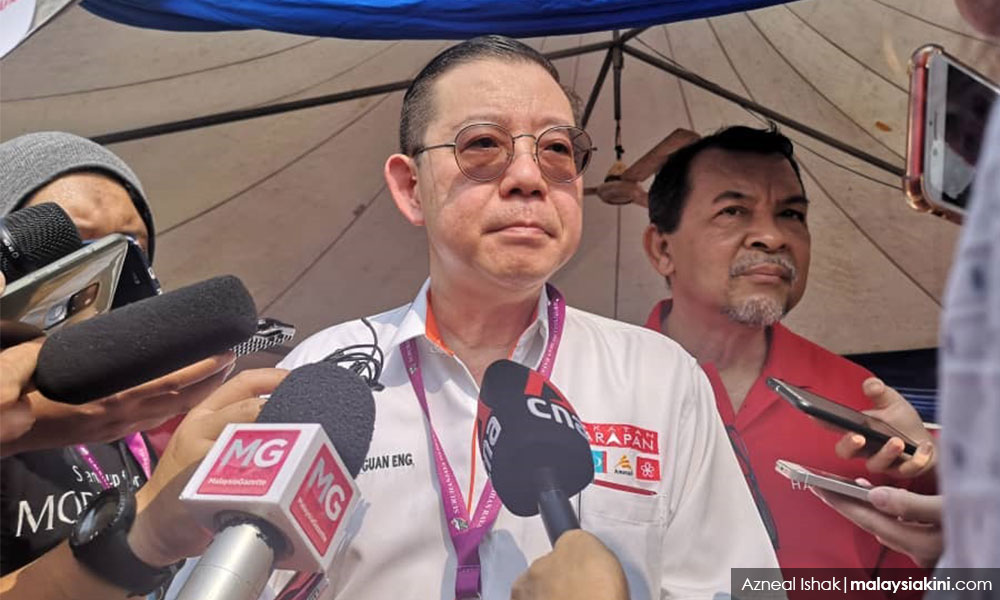 Lim, who is also Finance Minister, said it is important that Pakatan Harapan leaders do not give out statements that help create a false narrative about the ruling coalition.

"Firstly, I think what appears to be said is difficult to accept because it is untrue and unfounded. Such a baseless statement would really shake Pakatan Harapan.

"That is why I hope that as the Perak menteri besar he should make an effort to clarify what he really meant," Lim told reporters this morning at the opening ceremony of phase three of the Escape Theme Park in Penang.

Lim was referring to the video going viral on social media, in which Ahmad Faizal (below) is heard claiming that he is waging a desperate battle alone to protect Malay interests and Islam.

"In Perak, I am fighting a desperate battle alone against 'puak-puak' (factions) DAP. I want to defend the land of the Malays. I want to champion our religion," he tells a group of people during an informal discussion.

When confronted about the video, the Perak state government leader claimed it was a misrepresentation, and denied the existence of a rift with DAP.

"I have been saying that I have gone through a lot in Perak and there are DAP leaders who run me down," he said.

According to Lim, Ahmad Faizal needs to be more clear about this.

"If this is not true, I think the explanation must be given so that we do not give an inaccurate picture because that will benefit the narrative of the opposition.

"The (Umno/PAS/BN) opposition has a false narrative where in front of the Malays, they say the Harapan government is a horse ridden by DAP, but in front of the Chinese they say Lim Guan Eng and DAP are puppets of Mahathir.

"That is why this is hard to accept, especially coming from a friend. We shouldn't have a friend acting like an opponent," said Lim.

"I think (Ahmad Faizal) should take steps to clarify what he said so that it will not affect stability and unity, especially in the Perak state government. If what was said was edited for a specific purpose, then it would be best for him to provide an explanation," he added.

Lim said he met with the Perak menteri besar regularly and the latter was always open and never complained about the issues brought up in the video.

"Let's not get caught up in this false narrative," said Lim.

It was also reported today that Youth and Sports Minister Syed Saddiq Syed Abdul Rahman said the Perak MB's remarks will be discussed and reviewed at the Pakatan Harapan presidential council level.